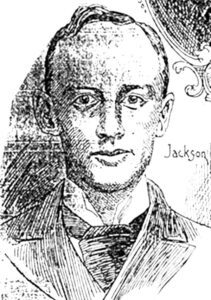 Scott Jackson and dental school friend Alonzo Walling arranged for a horse-drawn taxi to take them from Cincinnati across the Ohio River to Fort Thomas, Kentucky on the evening of January 31, 1895.

Jackson had a love affair with Pearl Bryan, but he disappeared like quicksilver when she became pregnant and began searching for him. She went to Cincinnati when she learned he was in dental school there and told Jackson she would consult an attorney and sue if he didn’t assist her. Jackson wouldn’t marry her, but she reluctantly agreed to have an abortion that he said he arranged for her the evening of January 31.

The three of them ate at Wallingford’s Tavern where Scott had a whiskey drink and Pearl had a sarsaparilla, a popular non-alcoholic drink at the time. Unknowingly Scott added the contents of a small bottle of dissolved cocaine into her drink.

It was raining and cold when they boarded their carriage and began their trek across the river. Pearl was already despondent over her health condition and moaned throughout the journey. The drug Scott added to her sarsaparilla added to her despair. Her family was one of the most respected in Greencastle, Indiana, where she was considered perhaps the most eligible. Her situation could be a large embarrassment to Pearl and her family. The thought of it elicited more moans and melancholy. 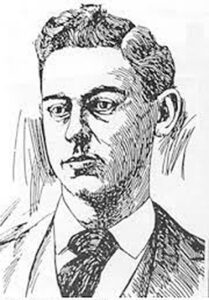 Scott had the carriage halt at the of Col. John Lock’s property near Fort Thomas. Pearl had a tremendous amount of difficulty as she exited the carriage and plodded into the orchard and nothingness, the blending of darkness and fog. She couldn’t have done so without the assistance and prodding from Scott and Alonzo. Her mind was at a low ebb, the lowest in her young life. Oh, how she hated the predicament she was in and wished she could be with her mom and Dad back at their home in Indiana. She could tell them about her situation, and they would take care of her and nurse her back to health.

A three-rail fence lay near the road ahead. Pearl was being encouraged to cross it, but it was impossible for her. She was heartbroken, very sickly and Scott and Alonzo showed little compassion for her. Oh, how she wished she could return to the home- and church life she knew before she ever met Scott Jackson.

Jackson and Walling removed the top rail from the fence, lifted and pushed Pearl to the other side. The two young men continued onward into the orchard with Pearl between them. Their forms became fainter and fainter to the taxi driver before totally disappearing into the fog and darkness.

Pearl’s life was coming to an end. The taxi driver knew something terrible was happening and he wanted no part of it. He made a quick decision to abandon his horse and carriage and flee on foot. He thought the chances were good that someone would give him a ride.

Several days later Cincinnati Police Chief Deitsch ordered three of his best detectives to find and arrest Scott Jackson. This came after extensive investigation and police work from Sheriff Plummer and others from regional departments. Jackson was a student at the Ohio Dental College in Cincinnati at the time and they learned he lived in a boarding house at 222 West Ninth Street in the city.

He wasn’t in his quarters so two of the lawmen took positions watching the street outside and the other went to Legner’s Tavern after learning it was one of Jackson’s regular haunts. Chief Deitsch received a call saying Jackson was seen at a nearby hotel. He rushed to the scene and saw a young man who matched Jackson’s description. He notified his detectives and watched as Jackson walked down Ninth Street toward his boarding house. Jackson paused outside but seemed to feel uneasy. Instead of entering the building he continued down the street. The detectives were sure he was their man, so they quickly overtook him.

“Is your name Scott Jackson,” Detective Bulmer asked as the officers overtook him. “We need to talk.”

Chief Deitsch and the three officers took Jackson to the office of Cincinnati Mayor John Caldwell in City Hall. The mayor asked his clerk to record the questions and answers during the meeting.

“We know about your association with Pearl Bryan,” Chief Deitsch stated up front to get to the heart of the matter. “When did you last see Miss Bryan?”

Scott Jackson wasn’t surprised to be interrogated by the police and the question didn’t surprise him. “I haven’t seen Pearl for about three months,” he answered. “Pearl and I dated for several months while I was attending dental school in Indianapolis. She lived in Greencastle, Indiana. My mother lived there too and when I went home for visits, I would see Pearl. We broke up after I transferred over here to Ohio Dental School.”

Scott seemed to be holding up well, but he wasn’t prepared for what came up next. The detective who looked for him in Legner’s Tavern questioned the bartender and was told Scott left an item of luggage overnight and had picked it up the following evening.

“What about the item of luggage you left in Legner’s Tavern?” the officer asked. Scott hesitated, then stuttered a bit before answering, “Yes, I left an empty valise there. “

“Where is it now?” Scott was asked. “I don’t know. I lent it to a friend,” he answered. Scott said the last name of the man he loaned it to was Hackleman but couldn’t or wouldn’t give the full name or address of the individual or how to reach or get in touch with him.

Chief Deitsch was highly suspicious of Scott Jackson and ordered that he be booked into jail and held on suspicion of the murder of Pearl Bryan. Deitsch and several detectives led the prisoner through the basement maze, an underground tunnel that connected the Courthouse with the Hamilton County Jail. As they trudged along several courthouse workers and visitors became part of the entourage. Newspapers carried updates on the murder everyday as the hideous killing of Pearl Bryan had the citizenry wondering what kind of person could do such a thing. They were anxious for the next snippet of information on the murder of the century in the Cincinnati area.

Jackson was subjected to a thorough search after arriving at the jail. Upon removing his undershirt, dried blood was clearly evident. He claimed to have been bothered by bugs. There was also a deep scratch from his elbow down his forearm and a smaller scratch near his wrist. He wouldn’t offer an explanation, but he did amend his statement about being bothered by bugs. “It was a rash that I had,” he volunteered. “I scratched it so much that it bled.”

One of the detectives found two trolley tickets in his coat. Although they weren’t for a taxi ride, they did indicate Scott’s familiarity with the Central Bridge Line to Kentucky.

Soon after Scott was put in his cell, he asked the jailer if he or an officer would sit in a chair outside his cell. The prisoners were perturbed by the heinous murder of Pearl Bryan the same as normal citizens. Jackson felt he needed more protection.