People learned ways to save during World War II 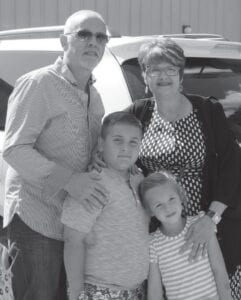 Ricky and Charlene Mason with their grandchildren Tucker and Chesnee Mason.

I guess many of you know Wednesday the 11th is Veteran’s Day. There are so many veterans in our family and my husband’s family as well. Without all the men that dedicated their lives to making sure we as Americans could keep our freedoms, we would live in a completely different country. I’m sure you all know this, but I see a generation growing up that doesn’t have any idea what that means.

World War II had such an impact on my parents’ lives from the way they scrimped and saved money to the way they saved every little thing they got their hands on. Mom saved the cotton out of the Bayer Aspirin bottles, she saved aluminum foil to use over and over until it had holes in it, she put a little bit of water in the ketchup bottle after the ketchup was all gone and used that for things. She moved her batteries from one thing to another depending on where she needed them. Of course, Cool Whip bowls and Shedd’s Spread Butter bowls were her Tupperware. These are just some of the things our children know nothing about. 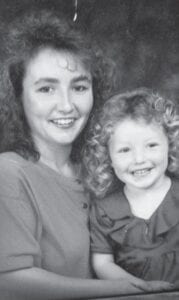 My grandchildren have no idea what happened on September 11 of 2001 and no matter what I say I know it can’t begin to make them understand what actually happened. This among other things, I think has caused them to think there is no reason to be thankful for our police, firefighters and our military past and present. I, for one, certainly appreciate all these brave people

Well, my nephew, Steven Holbrook, made a comment on Facebook that absolutely broke my heart Monday morning. He commented something about Alex Trebek’s death Sunday. Our Internet was out from Saturday evening until Monday morning and I had no desire whatsoever to listen to any of the news. So, I hadn’t heard this news. I was so happy when he was back on this new season of Jeopardy and had hopes he was going to be one of the ones to beat pancreatic cancer. I did think he didn’t look as healthy as he did before, but he had such energy and seemed to be doing okay. Jeopardy has been a game show we have watched since it came on. Mommy has loved it I think mainly because of Alex Trebek. I think we will be okay if Ken Jennings, the Tournament of Champions winner, is the new host. 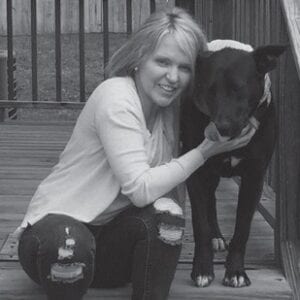 MATTIE COLLINS with her dog Louis

Local businesses now have another option for lunch orders. CANE Kitchen began delivering meals on Nov. 9 from 11 a.m. to 1 p.m. You can call 606-403- 1095 for more information. To ensure your order and delivery time, they ask you to call the day before.

I hope everybody that had a memory or story of any kind about any school they attended in Letcher County has remembered to send those to Mrs. Shirley Sexton. Mrs. Sexton is in the process of putting together a book that contains any pictures of the school buildings or class pictures, along with the stories or memories that people have sent her. She was on Facebook for awhile, but the last time I talked to her she was having problems with her computer and couldn’t get on social media. She also had a question about where the students from Bowen Branch School, aka Stinking Branch, were schooled once the school at Bowen Branch burned down. I found the answer in my dad, Marshel Tacket’s, journal. This is what he had written: 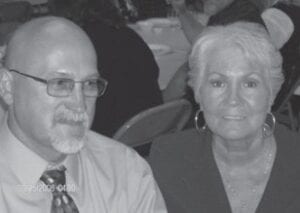 “There was a new school built down on Rockhouse near Beckham Bates’s place and it took the kids from Emmitt Clay’s store building and trailer at the old schoolhouse lot. (It was burned down), none of the kids was in class at the time. I always thought somebody burnt it. There was a lot of things being burnt around that hollow about that time.”

For those of you wanting to know about Billie June Richardson’s surgery last Monday on her ankle. They reported the doctor drilled multiple holes in multiple directions to get a good blood flow. She had no cartilage. The doctor was able to get a great blood flow and so the next procedure will be checking for new growth. Her daughter, Celesta Riffe told me she goes back this Thursday, the 12th, for a check-up and depending on how it looks they will set a date for the procedure. She said Billie June is doing so much better and they sure appreciate everyone’s prayers. 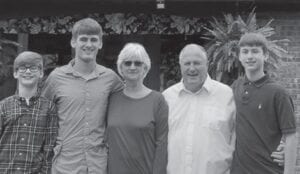 Bill and Sandy Jones with Ryder, Parker and Gunner, the sons of Bobby Jones.

Birthdays to mention this week are Tim and Johnny Lucas on the 4th, Mattie Collins (one of the most thoughtful and special people you would ever hope to know) on the 5th and also one of my first cousins Linda Sharon Adams Boggs on the 5th. On the 8th Ronnie Ratliff, Andrea Yonts, Anthony Hall and Cathy Vance Narramore had birthdays and Kenneth and Pam Taylor celebrated their 46th wedding anniversary. On the 9th there were the twins Ryley and Isabel Hampton, Susie Melton’s grandbaby Xavier, and our very own pastor’s wife, Sandy Jones. We love her so good. Then on the 10th Donna Holbrook, Mary Craft, and one of my first cousins who is a walking around miracle, David Pennington, celebrated their birthdays.

Please keep all those that have lost loved ones in prayer, especially those that will be celebrating Thanksgiving and Christmas for the first time without them. Also, my pastor Bill Jones and his wife Sandy. The court date as of now is January 11. 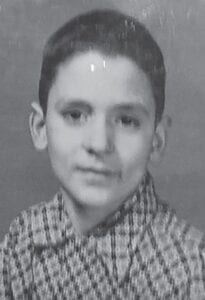 One of our sisters at church, Jerry Blair, whose husband, Leon Blair, passed away a few weeks ago posted this quote on Facebook and I think it is so fitting: “When we lose someone we love, we must learn not to live without them, but to live with the love they left behind.”

If feels so good to actually sit in church and listen to our pastor, but if you can’t be in your church house we understand. I pray this will end soon and we can shake each other’s hands and hug once again.