Performing in Jenkins on Saturday night 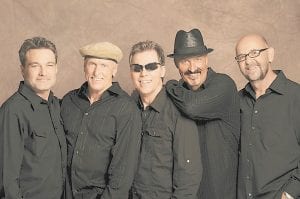 The central Kentucky-based rock and country band Exile will perform in downtown Jenkins on Saturday night as part of the Jenkins Homecoming Days Festival. There is no charge for admission. The band’s biggest hit single, Kiss You All Over, was released in August 1978 and eventually climbed to No. 1 on the Billboard Top 40 chart, where it remained for four weeks. The band reunited in 2008.