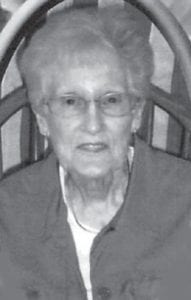 Funeral services for Phoebe Craft, 89, were held November 9 in Whitesburg. Burial was in Hillcrest Memorial Park in Lexington.

Born in Letcher County to the late Dewey and Susan Adams Hall, she died November 6 at the Good Shepherd Village in Springfi eld, Ohio.

She was the widow of Rex B. Craft, and a sister of the late Inis Creech and Sebra Kincer.

She was a member of the Thornton Old Regular Baptist Church at Mayking.