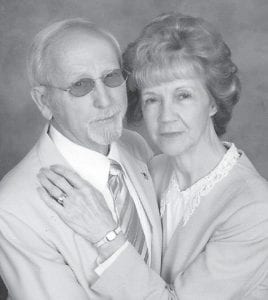 GOLDEN ANNIVERSARY – Earl and Joyce Watkins of Hamilton, Ohio, celebrated their 50th wedding anniversary Sept. 1 at the Nazarene Church in West Chester, Ohio. The couple were married Sept. 14, 1957 in Blackey. Mrs. Watkins is the former Joyce Dixon of Blackey. They have a son and daughter-in-law, Daniel Steven and Kathy Watkins, and two grandsons, Andrew and Ethan. A surprise anniversary party was given by their son and daughter-in-law, where their son renewed his parents’ wedding vows. Mr. Watkins is retired from Fluor Daniels Fernald. Mrs. Watkins is a sales associate for Dillard’s.