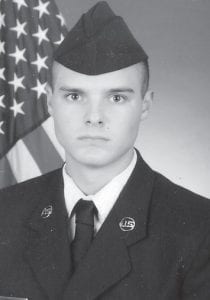 Airman First Class Timothy James Dalton Hayes is the son of Tim and Teresa Hayes of Whitesburg, and the late Mary Brock of Whitesburg. He is the grandson of Anita Dennis of Neon, Richard and Mazie Brown of Isom, and the late Carlos and Pearl Brock. He completed basic training at Lackland Air Force Base in Texas and is attending Tech School at Sheppard Air Force Base in Wichita Falls, Texas. He is a 2016 graduate of Letcher County Central High School.