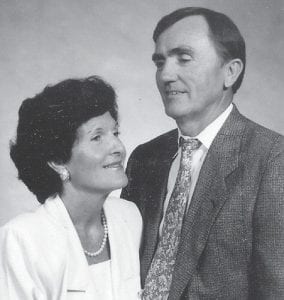 50TH WEDDING ANNIVERSARY – Bill and Mary Halcomb of Hamilton, Ohio, celebrated their 50th wedding anniversary November 24. He is the son of the late Henry and Dicy Halcomb of Linefork. She is the daughter of the late Watson and Alma Whitaker of Roxana. Their family and friends marked the occasion with a dinner at The Greendale Historical Cabin in Lawrenceburg, Ind. The couple have four children, eight grandchildren, two daughters in-law, and a son-in-law.