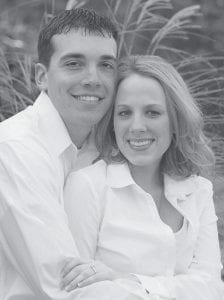 ENGAGED – Kathy Petot of Pikeville and Keith and Greta Howard of Whitesburg announce the engagement of their children, Jessica Petot and Bryan Howard. Jessica Petot is also the daughter of the late William M.B. Petot. She is a 2006 graduate of Georgetown College, where she received a degree in communication. She is employed as a public relations and marketing specialist for Pikeville Medical Center. Bryan Howard is a 2006 graduate of Transylvania University, where he received a degree in business administration. He is employed as a human resource coordinator for Pikeville Medical Center. An April 2008 wedding is planned.