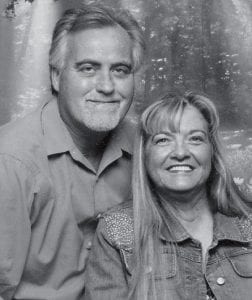 MARRIED – Judy Hampton and Rick Branham were married June 22. She is a bakery manager at Food City and is the daughter of Tate and Inez Hampton of Eolia. He is a retired probation officer and is the son of Leland and Mary Branham of Coeburn, Va. They have a daughter, Lorie Rayburn of Bardstown; a son, Chad Stidham of Whitesburg; and nine grandchildren.