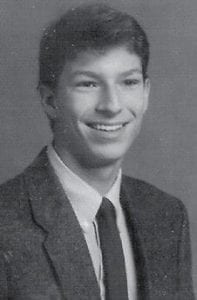 REPUBLICAN CHAIRMAN – Stephen Allen Robertson has been named chairman of the State Republican Party by the party’s central committee. Robertson, commissioner of the Governor’s Office for Local Development, replaces Gail Russell. He was selected by Gov. Fletcher following a meeting with Sen. Mitch McConnell and Marty Rydell, Fletcher’s campaign manager. Robertson served in various capacities within the Republican Party, including stints as political director and organizational director. He worked for Gov. Fletcher, and helped Senate President David Williams, Burkesville, with Republican State Senate races in 2002 and 2004. He also worked with McConnell’s staff during a special congressional election in 2004. He is the son of Cora Sue Collins Robertson of Lexington and the late Hugh L. Robertson Jr., and the grandson of the late Calvin and Stella Brown Collins of Ulvah, and the late Hugh and Flora Robertson of Danville. He and wife Kerry have a daughter, Keelin Alannah.