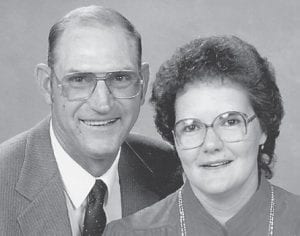 ANNIVERSARY — Friends and family will host a surprise anniversary celebration for the Rev. Verdell and Vernia Sturgill of Eolia in honor of the couple’s 50th wedding anniversary. It will be held from 2 to 5 p.m., May 2, at the Ovenfork Senior Citizens Center. Everyone is invited to attend. The couple were married May 2, 1960 and have two children, Michael Sturgill and wife Cissy of Eolia and Rick Sturgill and wife Wanda of Big Stone Gap, four grandchildren, and three great-grandchildren.