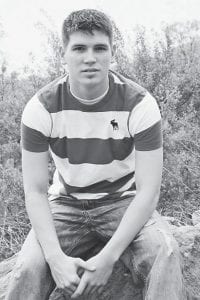 Hunter Allen Branham has been named to the Governor’s Scholars Program. He is the son of Billy and Lisa Branham of Jenkins, and is a junior at Jenkins Middle High School. He also attends the University of Pikeville, and plans to go to the University of Louisville where he major in chemistry to become a pharmacist.