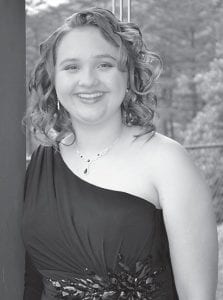 Courtney Rayne Whitaker was named Whitesburg Middle School valedictorian. She is the daughter of Lance and Rhoda Whitaker of Whitesburg, and has a sister, Kaylee, and a brother, Lance Ethan. Her grandparents are Larry and Vivian Combs of Linefork, and Sharon and Edgar Whitaker Jr. of Hazard. She is the great-granddaughter of Reo Cornett of Linefork, and Bonnie Browning of Delphia.