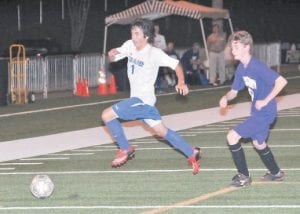 Letcher County Central’s Jarvis Sokolowich chased the ball while his Buckhorn defender followed behind during the Cougars’ opening round win in the boys’ district soccer tournament held at Hazard Monday night. 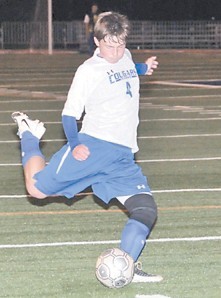 Midfielder Chase Lewis prepares to fire a kick toward the goal in the Cougars’ win over Buckhorn during district play at Hazard. (Photos by Chris Anderson)