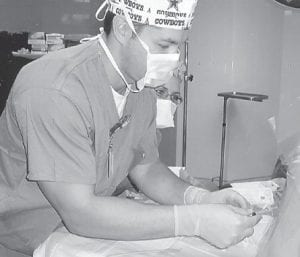 GRADUATE — Jeremy Todd Hall received a master’s of science degree in nurse anesthesia from Murray State University in December. He is the son of Jerry Hall and Kimberly Hall Jones, formerly of Knott County. He will be working for Triangle Anesthesia at Whitesburg Appalachian Regional Hospital and Hazard ARH. He lives in Whitesburg with his wife Carrie and three-year-old twin boys Braylen and Clayton.