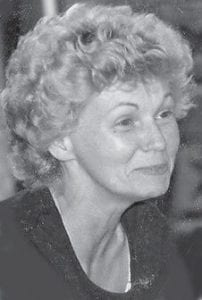 Phyllis C. Robbins Conklin, 70, died November 26 at her home in Jenkins after a long illness.

Born and reared in Jenkins, she was the daughter of the late Thurston and Margie Robbins.

She is survived by her husband, Gordon Conklin of Locust Grove, Va.; three children, Shanan Langdale of Rossville, Ga., and Kenny West and Robyn West, both of Midland, Va.; four grandchildren and three greatgrandchildren; three sisters, Gladys Carter of Manassas Park, Va.; Lynn Vanover of Ermine; and Ginger Chapman of Orlando, Fla.; and three brothers, Dwight Robbins and Randy Robbins, both of Jenkins, and Larry Robbins.

She was the mother of the late Margaret Gilbert of Midland Va.

She was of Baptist faith, and kept her cheerful attitude throughout her difficult battle with small cell lung cancer.

Mrs. Conklin’s last wishes were to donate her body to science in hopes of helping others who may be stricken with the same illness. No services are being held at this time.