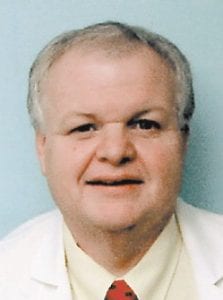 A Mountain Comprehensive Health Corp. doctor was shot and killed at point-blank range Tuesday morning after an altercation with a patient who had gone to Leatherwood Blackey Medical Clinic seeking narcotics.

Dr. Dennis S. Sandlin died at the clinic in Cornettsville, near the Letcher-Perry county line, about 11:45 a.m. Tuesday after he was shot in the head by a suspect identified as John Combs. Combs, whose age and occupation could not be determined, was arrested a short time later at his home at Redfox in Knott County.

Several sources familiar with the case told The Mountain Eagle that Combs had gone to the clinic seeking pain pills earlier on Tuesday and became angry when Dr. Sandlin asked him to submit to a urinalysis. Combs then left the clinic and returned later, this time armed with a handgun. Combs is said to have walked straight to the nurses’ station, where he found Dr. Sandlin and told him, “You don’t deserve to live,” then shot him at point-blank range. 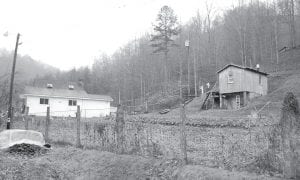 SUSPECT’S HOME — Police arrested murder suspect John Combs early Tuesday afternoon in a one-room house in which he was living behind his parents’ home at Redfox. (Photos by Sally Barto)

The shooting was witnessed by at least one nurse. A nurse practitioner tried to stabilize Dr. Sandlin, but there was no hope given the severity of the wound.

Combs was arrested after he returned to a small one-room house in which he lives behind his parents house at Redfox, near the Four Star Village pay lake.

Letcher County Sheriff Danny ter a Department of Motor Vehicles officer who had been patrolling KY 15 watched as Combs turned into the small road leading to his house “just as if he was getting home from an everyday visit to the doctor.”

The Mountain Eagle was unable to confirm with police on Tuesday whether Combs had visited MCHC’s Whitesburg Medical Clinic recently and threatened a doctor there who had refused his demands for drugs. 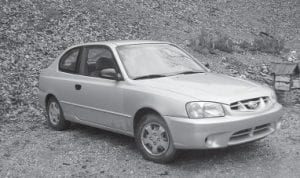