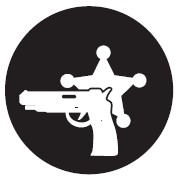 • At 12:23 p.m., a Mayking area resident calls the Letcher County Sheriff ’s Department to request that something be done with a dog at Bottom Fork that has bitten two children. The complaint has been referred to the Letcher County Animal Control Officer, who will contact Sheriff Danny Webb by telephone.

• At 12:59 p.m., a caller who wishes to remain anonymous reports that a woman who is also a convicted felon has been abusing a Thornton man who has multiple disabilities. The caller says the man is in his 50’s, and that the younger woman has hit, cursed and threatened the man to the point he no longer feels safe in his own home and is now spending most of his time with a friend at Colson. The complaint is being referred to Adult Protective Services.

• At 3:54 p.m., the social services director for Glasgow State Nursing Facility in Glasgow calls the sheriff ’s office to ask for help in contacting an Isom woman whose father is a patient in the home.

• At 3:58 p.m., a caller reports a rockslide at Little Colley. The caller said the slide is located above Allen K. Hollow and could cause a bad traffic accident. The state highway department is being notified.

• At 11:51 a.m., an employee at a fast-food restaurant in Whitesburg tells a sheriff ’s dispatcher that someone in the office of Letcher County Attorney Jamie Hatton suggested she report to police an incident between her and a co-worker. The woman said the coworker, also a female, has threatened her by sending a text message to a friend that says the complaining party “is about to take a long walk off a short pier.” The caller says she has also notified the restaurant’s manager about the threat, but fears the problem is escalating.

• At 11:41 p.m., an employee at Isom IGA grocery calls the sheriff ’s office to report that a man physically assaulted him and other store employees after becoming irate after being caught shoplifting. Video surveillance shows the man leaving the area in a van registered in the name of a Blackey man.

• At 12:23 p.m., an employee at Community Trust Bank, Isom, calls the sheriff ’s office to ask that an officer check on an older model silver Mustang that is in the bank’s parking lot.

• At 9:42 a.m., a resident of Bull Creek calls the sheriff ’s office to report that her mailbox was torn down Thursday, apparently by workers with a natural gas company. The woman says the company replaced the damaged mailbox with a cheaper plastic model.

• At 2:17 p.m., the sheriff ’s office is notified about possible prostitution in the Isom area. Upon arriving at the scene, a deputy is told by a store clerk that she heard two women offer to perform sexual favors for a man inside the man’s truck for $20. After their offer was rejected, the two women reduced the asking price to $1. The deputy is unable to locate the women.

• At 2:46 p.m., a deputy sheriff is dispatched to Isom IGA to unlock a blue 2004 Ford Explorer that has been locked with the keys still inside.

• At 5:55 p.m., an Ovenfork man asks the sheriff ’s office to assign a deputy to interview a young man who the caller says has been boasting that he is “robbing” the caller “blind.”

• At 10:26 p.m., a woman reports to the sheriff ’s offi ce that a drunk man with a stick is threatening her family at their home on Thornton Road.

• At 2:30 p.m., a deputy sheriff is dispatched to Dry Fork Marathon to unlock a vehicle that was locked with its keys still inside.

• At 3:55 p.m., a caller telephones the sheriff ’s offi ce to report a strange odor coming from an old house at the head of Sheas Fork at McRoberts.

• At 11 a.m., a Colson man calls the sheriff ’s office to report fraud involving a credit card obtained in his name through Kohl’s department store chain. After receiving a call from Kohl’s stating that he owed a past due bill for socks and underwear, the man contacted his credit card company and was told someone had gone online and opened an account in his name.

• At 11:53 a.m., an employee with the Whitesburg hospital’s pediatric clinic calls the sheriff ’s office to report that a female patient is under the influence of drugs or alcohol and “keeps passing out” in the lobby. The woman has a small child in a carrier with her and has left the child alone in the lobby several times. The Whitesburg Police Department has been notified about the situation.

• At 3:55 p.m., a Blackey woman complains to the sheriff ’s office that two to three four-wheelers with no mufflers on them are running around the loop where she lives and creating too much noise. A deputy is dispatched to the location but does not find the ATVs.

• At 3:57 p.m., a Cumberland River area man reports to the sheriff ’s office that tractor-trailer trucks are running overweight across the bridge over Colliers Creek at U. S. 119. Commercial Vehicle Enforcement has been notified. In addition, a deputy sheriff will provide extra patrol in the area.

• At 7:18 p.m., a deputy sheriff arrives at a home on Pine Creek to investigate a complaint from a father who says his son is threatening to kill him.

• At 12:34 a.m., a man reports that he was assaulted by another man outside Food City in Whitesburg. The man says he does not know the identity of his attacker, who he said left the scene.

• At 10:55 a.m., Kentucky State Police contact the sheriff ’s department about a domestic disturbance that began at Millstone the night before and involves a 16-year-old girl, her live-in boyfriend, and a one-yearold child. The girl and her boyfriend began arguing last night after the boyfriend got drunk. There was no physical contact between the two during the incident. Officers separated the two and sent the boyfriend to his mother’s home located next door. A member of the girl’s family arrived to get her at 11:24 a.m.

• At 4:09 p.m., a Mayking woman reports that she was the intended victim of a scam involving a Green Dot Money Pak card. The woman said she received a phone call from California from a man identifying himself as an employee with a Harvard law firm. She said the man threatened her with a warrant for her arrest if she did not pay the firm $468 by going to Walmart and loading a Green Dot card with the cash. (Similar scams are occurring all across the country.)

• At 5:03 p.m., a woman complains to the sheriff ’s office that her ex-boyfriend came to her house and pushed her before taking the keys to her car out of her pocket. The ex-boyfriend is named in an emergency protective order prohibiting him from being around the woman or her children. The woman says the car is in her name and is her only transportation to and from work.

• At 4:20 p.m., a Haymond woman tells a sheriff ’s dispatcher that a man burned her on her neck with a cigar. After learning the woman is out of her home and doesn’t know where the man is, a deputy advises to woman to contact the office of Letcher County Attorney Jamie Hatton to obtain an emergency protective order against the man.

• At 5:16 p.m., a sheriff ’s dispatcher answers a call from a Jackhorn woman who says her son is arguing with her and threatening to burn her. After hearing the son say, “I’ll kill you bitch,” the dispatcher notifies deputies, who arrive at the home and arrest the son, who is 45, on charges including possession of a firearm by a convicted felon.

• At 10:41 p.m., a Little Dry Fork woman calls the sheriff ’s office to report that her estranged husband has failed to return their children to her as promised after visitation. The woman said the husband told her he couldn’t return the children at the appointed time because of slick roads, but still hasn’t returned them even though the roads are now clear. A deputy visited the man’s home but did not find him or the children there. The deputy has advised the woman to call relatives to see if they know where the children might be.

• At 10:28 a.m., Brock’s Towing of Pert Creek is called to tow a blue Dodge Neon automobile that is parked on the shoulder of U.S. 119 at Ermine and obstructing the view of drivers leaving a nearby shopping center. The automobile is registered in the name of a Craft’s Colly woman.