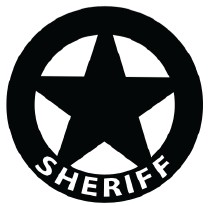 At 11:36 a.m., a sheriff ’s deputy is dispatched to a location in Neon for a child custody exchange.

. At 3:37 p.m., a deputy sheriff answers a complaint at the Kingscreek Senior Citizens Center involving an apparent disagreement that has occurred while county government employees are moving equipment out of the center, which has been closed. The deputy speaks with both parties involved in the dispute and reports that all is OK.

. At 3:38 p.m., a social services worker asks that a deputy sheriff assist him on a home visit at Smoky Row, Jenkins.

Wednesday, December 2 At a time not designated, a woman from Possum Road, Neon, calls the sheriff ’s office to report that a man drove a black Dodge Ram pickup with a broken back windshield onto her stepfather’s property, asked who she was, and began to take pictures of her. Sheriff Danny Webb advises the caller, whose stepfather is in jail, to contact the sheriff ’s office if the driver of the truck returns.

. At a time not designated, the Whitesburg City Police Department notifies the sheriff ’s office about a phone call received from a male subject who advises he was traveling on KY Highway 7 North near Letcher when he saw a male subject wearing a black ski mask and camouflage jacket approaching an L-shaped house.

. At 9:03 a.m., a woman from Clifton Park, New York, calls the sheriff ’s office to ask that an offi cer check to see who has been blocking a road on property she owns in Letcher County at Pecan Drive, Ulvah. She thinks it might be a natural gas drilling company.

. At 3:54 p.m., a Thornton man tells the sheriff ’s office that his car was broken into around 9 a.m. or 10 a.m. He said he called 911 in Hazard to report the incident as soon as discovered it this morning, but that no officer from any agency showed up. A sheriff ’s deputy is now at the scene.

. At 3:55 p.m., a woman calls the sheriff ’s office and says she fears for the wellbeing of dogs in a muddy lot at Premium. A sheriff ’s deputy visits the scene and finds that the dogs in question are healthy, but does advise the owner to put hay down to help get the animals out of the mud.

Thursday, December 3 At 10:24 a.m., a woman from Henry Hutton Road, Neon, calls the sheriff ’s office to report that someone stole all of her medicine last night. She said she has no idea who committed the theft.

. Friday, December 4 At a time not designated, a resident of Coolie Baker Road, off KY Highway 7, Rockhouse Creek near Isom, reports a single-vehicle accident near his home. The caller says two males, one of them named Barney, were looking for a weapon in the disabled vehicle, then left walking toward Isom. The caller later reports that one of the men

has returned to the vehicle and again appears to be searching for something.

. At a time not designated, Kentucky State Police call the sheriff ’s office to ask that a deputy be dispatched to a location at KY Highway 160, Premium, where three men are said to be removing metal from property belonging to Kentucky River Coal Corporation. One subject is renting the property from Kentucky River and the others have been removing scrap from the site.

. At 11:06 a.m., a Jackhorn man tells a sheriff ’s department dispatcher that he has discovered that a box of checks is missing from his home. He says he has no idea who might have taken the checks.

. At 3:36 p.m., a woman from Brickyard Hill, Jenkins, calls the sheriff ’s office to report leaving a debit card and her driver’s license on a table in the deli area of Food City in Whitesburg. She said Food City has no surveillance camera that covers the area.

Monday, December 7 At 10:12 a.m., a man reports that a dead doe is creating a hazard on KY Highway 15 near the John B. Adams Store at Isom. The state highway department is notified.

Tuesday, December 8 At 11:16 a.m., a sheriff ’s deputy is en route to a fenced area on Sandlick that belongs to American Electric Power. The deputy will meet with an AEP worker concerning an “intrusion alarm” that was activated.

. At 2:16 p.m., a UZ man tells the sheriff ’s office that he was presented a worthless check for a Corvette he was attempting to sell on craigslist.

. At 3:09 p.m., Kentucky State Police call on officers with the sheriff ’s department to be on the lookout for a green Chevy HHR believed to be driven toward Letcher County from Floyd County by stabbing suspect Thurston Sturgill. The vehicle is probably headed to Paradise Lane at Kingdom Come Creek. A school bus

Thursday, December 10 At a time not designated, a man from Franklin Branch, Ermine, reports the theft of a gun. The man said a woman whom he identified came by his home asking him to loan her $30 for her child’s Christmas present. He said he agreed to loan her $10, and that she stole the gun, which she had earlier been admiring, while he went into another room to get the money.

. At 3:05 p.m., a deputy sheriff dispatched to Linefork, where woman who has obtained an emergency protective order against her husband has requested a police escort while she retrieves her belongs from the home the couple shared.

Monday, December 14 At 8:33 a.m., a Cromona man reports that “something large” has killed two of his goats. The man is advised to call the Kentucky Department for Fish and Wildlife Resources.

. At 11:55 a.m., Kentucky State Police ask the sheriff ’s office to dispatch a deputy to Coolie Baker Road, Isom, to assist another offi- cer on a domestic disturbance call.

. At 12:47 p.m., the sheriff’s office notified about a diesel oil spill on U.S. Highway 119, near the entrance to Letcher County Central High School.

. At 2:55 p.m., a resident of Landon Drive, Isom, reports that her purse was stolen from her vehicle while it was parked in front of her house.

Tuesday, December 15 At 12:28, a sheriff ’s deputy reports from KY Highway 1148, Little Colley, that he has been unable to locate a juvenile offender. The juvenile’s mother later tells the deputy she will bring him in.

. At 12:34 p.m., two sheriff ’s deputies are en route from Craft’s Colly with a subject who is being involuntarily committed for a mental health evaluation.

. At 2:58 p.m., a Premium man asks the sheriff ’s office for help with unlocking his dark blue Pontiac.