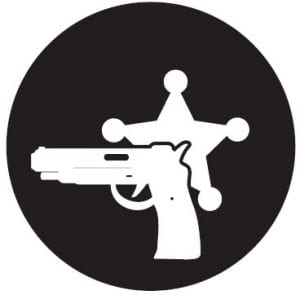 • On January 26 at 12:52 p.m., a Rogersville, Tennessee man calls the Letcher County Sheriff ’s Office asking that officers check on his two children who live with their mother in Letcher County. The caller says his ex- wife telephoned him “blown out of her head.” He says the woman is making allegations against him and trying to get him to visit the home where she and children are living in the UZ area. An investigation has been opened.

• On January 25 at 7:51 p.m., the sheriff ’s department obtains an emergency protective order naming a male subject from the Isom area. Letcher District Judge Kevin Mullins signed the order after the female complaining witness said she is in danger.

• On January 25 at 12:02 p.m., a sheriff ’s dispatcher contacts McCall’s Wrecker Service on behalf of a Direc- TV employee whose vehicle is stranded at Mayking with a flat tire.

• On January 25 at 10:31 a.m., a resident of Bicycle Lane, Caudill Town area of Whitesburg, reports that someone has kicked in the door to his home. The complaint is referred to the Whitesburg Police Department.

• On January 24 at 4:41 p.m., a sheriff ’s deputy is dispatched to Food City, Whitesburg, to check a complaint that three African- American men are in the area trying to sell a necklace and acting in a suspicious manner.

• On January 24 at 4:24 p.m., a sheriff ’s deputy is dispatched to Cowan to look for a white van and black Suburban whose occupants are said to be in the area selling vacuum cleaners. The complaining party said the salesmen were acting rudely and said they would be back in the area on January 27.

• On January 24 at 3:46 p. m., an employee at a Mayking self-service store calls the sheriff ’s department out of concern for a 77- year- old male who is traveling in the area on foot while looking for “the water plant down the road.” Social services workers are notified.

• On January 23 at 9:01 a.m., a resident of Heritage Drive, near Golf Course Lane at Mayking, calls the sheriff ’s office to complain that four large dogs that belong to a neighbor attacked her small pit bull.

• On January 22 at 12:13 p.m., an employee of A&A Security reports a two-vehicle accident at Premium near the entrance to a mine owned by Sapphire Coal Company.

• On January 21 at 7:31 p.m., a sheriff ’s deputy reports from the scene of a one-vehicle accident at Rockhouse Mountain, between Jackhorn and Deane. The deputy says the owner of the vehicle, which shows no visible damage, is from Virginia and was driven from the scene by state highway department workers who believe the driver needed medical attention.

• On January 18 at 11:52 p.m., a sheriff ’s deputy arrives in the parking lot of Jenny Lea Academy in West Whitesburg to answer a complaint from a woman who says the occupants of a black Mitsubishi SUV were in the parking lot filming “and openly drinking.” The woman has provided the deputy with the license plate to the vehicle, which has not been located.

• On January 17 at 10:29 p.m., a woman from Bill Lewis Hollow, Kona, called the sheriff ’s office to report that her neighbor has threatened to kill her. The woman is advised to contact the office of Letcher County Attorney Jamie Hatton.

• On January 17 at 10:29 p.m., a Jackhorn woman calls the sheriff ’s office to request extra patrol around her home at Yonts Fork, where a man she identified allegedly stole items from her home while she was away.

• On January 17 at 2:13 p. m., deputies are dispatched to the Isom area where employees of a selfservice store three “extremely intoxicated” subjects in a blue S-10 pickup with a cracked windshield.

• On January 16 at 8:36 p.m., the sheriff ’s office is contacted by a woman who accuses anther woman and her boyfriend with stealing her grandmother’s nerve medication from a bottle and replacing it with medicine used in the treatment of diarrhea.

• On January 15 at 10:04 a. m., a Payne Gap area woman reports that someone had torn down her family’s mailbox, then left the car parked on the side of the road. The car, which was impounded by Morgan’s Wrecker Service, is registered to a female resident of Mountain Breeze Apartments at Burdine. A sheriff ’s deputy is discussing the incident with both parties involved.

• On January 15 at 8:55 a.m., a Jeremiah woman reports that someone driving a yellow Dodge Super Bee automobile keeps parking in front of her house.

• On January 14 at 4:48 p.m., a Colson woman reports that someone entered her home and took personal items from the room of her juvenile daughter, including panties and photographs. The woman says witnesses reported seeing a Ford Mustang in her driveway.

• On January 11 at 3:52 p.m., an employee of Southern Steel, Isom, reports that a male subject just attempted to sell about 60 pounds of wire stolen from Kentucky Power Company. The subject is believed to be en route to Mitchell Wright’s recycling company, also at Isom, to try to sell the stolen wire there.