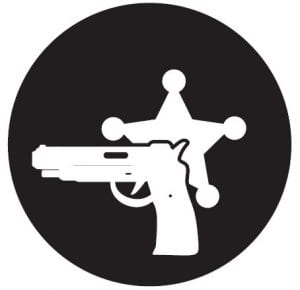 At 8:03 a.m., a deputy reports to the sheriff ’s office that he has checked vehicles stranded on Sand Mountain at Gordon and found that the vehicles had no occupants. The deputy was dispatched to the scene after a concerned citizen alerted police about the vehicles.

• At 1:39 a.m., a Blackey man calls the sheriff ’s department to report that he is being threatened by the family of his daughter’s boyfriend. The caller says the family accuses his daughter and the boyfriend of stealing a gun from them and pawning it.

• At 11:54 a.m., a deputy reports he has arrived at a home at Pine Creek, Mayking, where he was dispatched to assist a state social worker. The deputy left the scene at 12:52 p.m.

• At 3 p.m., an Eolia man calls the sheriff ’s office to report his

• At 4:33 p.m., a Blackey woman notifies the Letcher County Sheriff ’s Office that two women and a man are threatening to obtain arrest warrants against her if she doesn’t give them $145 by noon tomorrow. The woman was referred to the office of Letcher County Attorney Jamie Hatton.

• At 5:15 p.m., a motorist calls to report a large blue log truck traveling recklessly across Pine Mountain toward Whitesburg. Kentucky State Police and the Whitesburg Police Department are notified. WPD officers are unable to locate the truck.

• At 6:49 p.m., a Kona woman reports that someone has poured motor oil onto the porch of her home. The woman says she is afraid someone will burn her house down.

• At 8:03 a.m., Kentucky State Police Post 13 reports to the sheriff ’s office that an alarm is sounding at Mountain of Scraps on KY 15 near Whitesburg. A deputy responds to find everything OK.

• At 11: 45 a. m., a Sergent man calls the sheriff ’s office to express concern on behalf of the community for a man who is living alone without water or electric power. The callers says the man, who depends on neighbors for food, was confronted by Kentucky Power Company for running an extension cord from a nearby home to provide electricity. The caller says notified the Leslie-Knott-Letcher-Perry Community Action Agency but was told there were no funds available to help the man, whose relatives have moved elsewhere.

• At 4: 40 p. m., a sheriff ’s deputy is en route to a complaint at a Blackey home involving a man who says his stepson is smoking marijuana on the man’s property and that he wants the stepson removed.

• At 2:27 p.m., a sheriff ’s deputy is en route to an Isom home where a woman says a man has been assaulting her. The woman, who says she pushed the man in self-defense, was also referred the county attorney’s office.

• At 5:58 p.m., a son calls the sheriff ’s office to ask for help with his mother, who he says is under the influence of drugs and walking toward Doty Creek.

• At 6 p.m., a woman from Buck Lick Drive at Van asks the sheriff ’s office for help in unlocking her vehicle in which the keys were left inside. A deputy arrived at the scene and had the vehicle unlocked at 6:25 p.m.

• At 10:40 a.m., a Blackey man who wanted his stepson removed from the man’s home the day before for smoking marijuana, now reports the son is drinking while driving an SUV in the area.

• At about 1 p.m., the sheriff ’s office is contacted by a Hazard man who said he lost a bank bag containing $5,000 while using the restroom at McDonald’s in Whitesburg. The man said the money, all in $100 bills and in a bundle held by rubberbands, was in a Community Trust Bank bag with white lettering. The bag also contained two Community Trust deposit statements. The store manager reviewed video surveillance and saw a man in a yellow shirt leave the restroom behind the man who lost the money. The apparent victim will be interviewed at Whitesburg City Hall by WPD Officer Henry Day.

• At 5:46 p.m., a woman reports that someone hit and damaged the rear of her 1998 Astro minivan and then left the scene. The Whitesburg Police Department is notified.

• At 8:20 a.m., a representative of Green Valley Towing Inc. of Lebanon, Virginia calls the sheriff ’s office to report it has repossessed a white Ford Festiva from a Jenkins residence.

• At 10:04 a.m., a Jeremiah man said he was asked by Social Security officials to file a police report concerning an unknown subject who is attempting to have the man’s Social Security benefits taken from him. The man told the sheriff ’s department that Social Security offi- cials said the subject attempted to open an online account in the caller’s name on October 30.