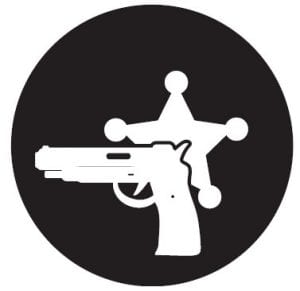 • At 11:46 a.m., a Jeremiah resident tells the Letcher County Sheriff ’s Office that someone has stolen her mail from her mailbox and broken into a side room of her house, next to her porch, and she believes the neighbors did it. The sheriff ’s office drops the case after discovering it is already being investigated by another police agency.

• A resident of Tree Top Road, Seco, reports that her mother’s pull-along trailer was stolen from her yard about 11 a.m. today, just three days after her father passed away. She said Kentucky State Police are on their way to investigate, but wants to report the crime to the sheriff ’s office as well. The caller said a neighbor saw a red maroon truck pulling the trailer out of the yard.

• At 8:54 a.m., a resident of Big Daddy Drive, Whitesburg, calls the sheriff ’s office to report that someone has flattened all four tires on a vehicle he had parked across the road from the Mayking Fire Department.

• At 11:15 a.m., a Jackhorn woman is advised to obtain an emergency protective order after reporting that her ex-husband stopped by her house, accused her of keeping his personal information, and left angry while saying he would be back. The caller says the ex has assaulted her before, knocking her teeth out in the process.

• At 10:01 a.m., the sheriff ’s department receives a call from an Eolia man who reports that two women who live at the mouth of Slick Rock Hollow are allowing multiple dogs, including a pit bull terrier, to run loose in the neighborhood. The caller says that on the previous Friday, the pit bull attacked his dog and attempted to attack him. He says he has called the Letcher County Animal Control Office about the situation in the past.

• At 1:56 p.m., a resident of Loves Branch, Colson, reports finding two boxer bulldogs in his shed. He says the dogs, whose owner he does not know, are keeping him from getting his firewood and are threatening to bite his grandchildren. The call is forwarded to the Letcher County Animal Control Office.

• A security guard reports arriving to work at the Sapphire Coal Preparation Plant at Camp Branch about 3:15 p.m. and finding a man he is able to identify traveling in a green Honda 450 ATV. The guard said he tried to stop the man, but he took off. He said that after examining the scene he found two large rolls of cable cut and rolled up.

• A man living out of state calls the sheriff ’s office to report a Letcher County couple for keeping $160 he sent in a “MoneyGram” as payment for parts for a Ford truck the couple had agreed to send to him. The caller told the sheriff’s office he came into contact with the couple after posting on Facebook that he was looking for the parts. He said the couple contacted him the same day of his posting and said they had the part. He said he sent payment February 14, but never received what he paid for. The man identifies the couple to the sheriff ’s office.

• A Neon resident contacts the sheriff ’s office to report that three pit bull terriers are locked inside a home at 309 Hogg Hollow, also at Neon, with no food or water. The caller said the home has been vacated and is covered with animal feces.

• At 10:31 a.m., a security guard requests assistance from the sheriff ’s office in making the arrest of a man he caught in the act of stealing at Sapphire Coal Company’s idle preparation plant at Camp Branch. The guard says he has the suspect blocked in on a four-wheeler on property in Clay Hollow, also at Camp Branch. A deputy arrives at the scene later, but can’t find the suspect.

• At 11:19 a.m., a resident of Sergent Loop, Sergent, reports to the sheriff ’s office that someone has broken into his home and stolen three flat screen televisions with 65-inch, 55-inch, and 42-inch screens, and a Play- Station 4 videogame console. The caller said the thief entered by breaking in through the front door.

• At 1:37 p.m., a Colson man calls the sheriff ’s office to report a Loves Branch woman he accuses of allowing her pit bull terrier and mixed-breed dog to run loose in the neighborhood while refusing to put them up. The caller said the dogs have destroyed a bumper and fender on a 2015 Mustang and torn vacuum lines from a 2010 pickup truck.

• At 3:36 p.m., an Ermine man is referred to the office of Letcher County Attorney Jamie Hatton after identifying a man who he says has been following him and harassing him all day long. The caller said the man pulled up beside him in a car at one point and “flipped him off.”

• At 8:25 a.m., a Jenkins man reports that his son assaulted him before leaving and walking toward Neon.

• At 8:34 a.m., a sheriff ’s deputy is dispatched to the Dry Fork Chevron convenience store to unlock an automobile that was locked with the keys still inside.

• At 11:22 a.m., a disturbance in Whitesburg ends with a Whitesburg City Police Officer deploying a Taser stun gun.