Police say man was high, broke into residence before being wounded three times 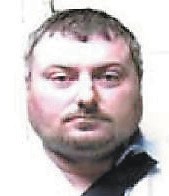 A Whitesburg man who was shot twice in his right shoulder after entering a Dry Fork residence last week is charged with second degree burglary.

Adams was transported to Whitesburg Appalachian Regional Hospital and then to Pikeville Medical Center where Adams’s shoulder was X-rayed. Doctors detected two bullets and decided to leave the bullets in his shoulder, according to the citation. Adams was released from the Pikeville hospital and taken to the Letcher County Detention Center.

Adams posted a $5,000 property bond on April 30. He is scheduled to appear in Letcher District Court for arraignment at 11 a.m. on May 13.