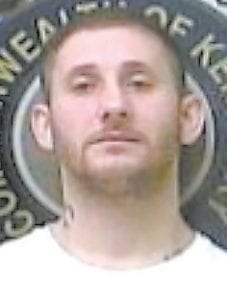 Police have recovered a gun believed to have been used in the murder of Ricky Allen Gibson, and arrested the people who had it on drug trafficking charges.

Meanwhile, Clifford Jermaine Caudill, 38, of Neon, and Dedra Ann Keathley, 41, of Pike County, pleaded not guilty to murder and tampering with physical evidence during a preliminary hearing on Thursday, and their cases were bound over to a grand jury.

Police arrested Clarence Russell “Squirt” Brown, 38, at Dry Fork over the weekend and charged him with murder and tampering with physical evidence also. His preliminary hearing will be held tomorrow (Thursday). Caudill’s brother, Braden Uriah Stamper, who authorities say lived with Caudill and had not been seen since the murder, was arrested Monday on a charge of absconding probation, but was released from jail hours later.

According to accounts given by De- tective Joshua Huff during the preliminary hearing and documents filed in Letcher Circuit Court, the murder occurred either on April 28 or April 29. There was a party in a trailer occupied by Caudill and Keathley, and possibly others. Caudill’s father also lived there, but was in the hospital at the time of the murder. Commonwealth’s Attorney Edison Banks said Stamper also lived in the trailer, and he obtained a warrant for him based on that information, and information that he had missed his probation visit. Brown, who Huff said considered himself homeless, often slept at the trailer as well.

Authorities say Caudill, Keathley, Brown and Gibson were using methamphetamines in the bathroom at the trailer when Caudill became paranoid and accused Gibson of being a police informant. According to Huff, Caudill told him during questioning that he got scared, pulled a gun, and shot Gibson once in the head.

Huff said Caudill never said why no one called 911, or if Gibson was still alive after the gunshot.

“We continued to state, ‘There was a lot of blood’,” Huff said in court.

According to authorities, Caudill, Brown and Keathley loaded Gibson’s body into the back of a car belonging to Keathley’s mother and hauled him to strip mined area on Haymond Hill. Once there, they shoved the body over the hill, Huff said. He said Caudill first described a location with a gravel road, but then changed his mind and said they had moved the body later. In the end, police determined the location where the body was dumped because the car was leaking large amounts of oil. When they found a puddle of oil, they looked over the hill and found Gibson’s partially decomposed body wrapped in sheets.

Police had originally been investigating a missing person’s report on Gibson, but during a taped interview on May 1, Misty Smallwood told Trooper Jason Bates that Keathley had told her Caudill shot Gibson in the bathroom of the trailer, and they had disposed of the body. Bates located Keathley at the Ermine Double Kwik on May 2 and asked her to voluntary go to the Kentucky State Police Post for questioning. Huff said Caudill was inside the store when Bates stopped Keathley in the parking lot, but got away. He was located later that night, and was also taken to the KSP post for questioning.

Police had already obtained a search warrant for the trailer at 27 Welch Drive in Neon, after Huff and Detective Clayton Stamper visited and found gas cans lined up outside and suspected someone was planning to burn the trailer down to destroy evidence. Police searched it that night, and Huff said tests indicated a spot of blood in the middle of the bathroom floor, even though the room had been freshly cleaned with bleach. Huff said they never found a bullet, but since the gun used was a small-caliber semi-automatic, it was possible the bullet didn’t have enough power to put a hole in the wall after passing through Gibson’s head.

Police searched the house twice, but despite information that the murder occurred while the four people were using methamphetamines, no drugs or drug paraphernalia was found except for a single syringe under a bed.

Huff said the back seat of Keathley’s mother’s car and a comforter laying on the seat had a large amount of dried blood on them. He said Keathley was uncooperative, and told them someone had spilled spaghetti sauce in the seat.

Huff said they also learned that Caudill had taken the gun used in the murder to Jeffrey Craft. When police arrived at the house, Huff said, Craft told police that Caudill pawned the gun to him for $50.

According to court records, police obtained a search warrant and searched the house after receiving a tip on May 9 that Craft was selling crystal meth from his home on Henry Hutton Road in Neon. Trooper Josh Richardson said he, Trooper Bradford Martin and Trooper Brandon Watts went to the Craft home about 11:07 that night and knocked on the door. After telling Jeffrey Craft Jr. about the drug trafficking complaints, Richardson said, Craft Jr. told them he had “crumbs” of meth, and walked inside and brought troopers a small container with a substance believed to be methamphetamine.

According to police, they found about 9 grams of methamphetamine inside a grill, some marijuana, “several hundred” small plastic baggies, digital scales and about $1,800 in cash.

Craft, his sister, and their father were arrested. Jeffrey Craft Sr., 59, and Jeffery Craft Jr. were charged with first-degree trafficking in greater than 2 grams of methamphetamine. Latisha Craft was charged on an outstanding warrant for flagrant nonsupport.