Police say Day heard loud noise before he was attacked, beaten into unconsciousness by robber 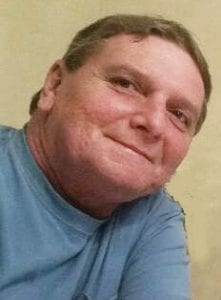 Police are looking for suspects in a home-invasion robbery Monday morning that left a Cowan man seriously injured after being struck repeatedly in the head, possibly with a hammer.

Scott Day, 60, of Cowan, is in the University of Kentucky Medical Center after being struck repeatedly while lying on his living room sofa.

Kentucky State Police said Day was asleep on the couch sometime early Monday morning when a loud noise woke him. He started to get off the couch to investigate when the intruders attacked him and beat him unconscious.

Day regained consciousness about 9 a.m. Monday morning and called 911. Day told police he thought he had been hit several times with a hammer, but he was unable to tell police at the time whether anyone was still in the house because his injuries prevented him from seeing. His call then disconnected.

Kentucky State Police, the Letcher County Sheriff ’s Department and Letcher Fire and Rescue responded to Day’s home in the 5200 block of KY 931 South and found Day severely beaten. He was taken to the Whitesburg Appalachian Regional Hospital emergency room, and then transferred to the UK Medical Center.

Police are still trying to determine what was stolen during the burglary. There were believed to be two men involved. Sources said they broke out a window in the door in order to gain entry to the house.

Trooper Tyler Smith, who responded to the initial call, is investigating the incident. A detective has apparently not been assigned to lead the case.

Sheriff Mickey Stines said a deputy responded to the scene to assist state police, but KSP has charge of the investigation.

“We’ll do whatever we can to help them,” he said.

Home invasion robberies are rare here. Longtime members of the law enforcement community could remember no cases that match that of the Day robbery, though at least two people were beaten with hammers during robberies. One man in Jenkins was killed when two men beat him with a hammer, and the late Pascal Fields, of Whitesburg, never fully recovered after convicted murderer Jerome Boggs beat him with a hammer during a robbery of his gas station. Boggs had been released from prison after conviction of that crime when he shot and killed Timothy “Blister” Cook and his 4-year-old son T.J. in their home.

Commonwealth’s Attorney Edison Banks said the robbery on Cowan this week is “a notch above” the seriousness of store robberies, and deserves the full attention of residents and the police.

“Home and church used to be the only places left where you felt like it was completely safe, and now your home is the last place where you would expect someone to break in and attack you,” Banks said.

Banks said the attack was so serious that Day may lose an eye.

“This guy was asleep and somebody broke in and attacked him before he could even get up,” Banks said. “They obviously thought he was dead when they left, I will say that.”

Anyone who has information that may assist in the investigation, is urged to call 606-435-6069. Information can also be sent through the KSP webpage kentuckystatepolice.org, or the KSP mobile app or any of KSP’s social media sites.

Stines and Banks also urged residents who know anything to come forward.