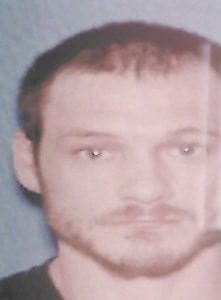 The Letcher County Sheriff ’s Department has obtained warrants for a man it says led a deputy on a highspeed chase along the one-lane Pert Creek Road before wrecking and running into the woods.

Deputies said Sherrell Sandlin should be considered armed and dangerous.

The sheriff ’s department said Deputy Sidney Fields saw Sherrell Sandlin driving a black Jeep without a seat belt near Pine Mountain Junction, saw the Jeep had no license plate, and followed it onto US 119 South.

The sheriff ’s office said when Sandlin crossed the bridge on US 119 South near Mc – Donald’s, he turned the Jeep onto Pert Creek Road at high speed and attempted to elude Fields, nearly hitting an oncoming vehicle on the one-lane road. Whitesburg Police and an off-duty Neon Police officer also joined the pursuit.

Police said Sandlin drove about a half-mile before he wrecked the vehicle. Capt. Barry Engle said when Fields stopped behind him, Sandlin put the Jeep in reverse and backed into his cruiser. Engle said Fields fired his Taser at Sandlin as Sandlin exited his Jeep.

“One (dart) may have struck him in the cheek,” Engle said. “We’re not sure because he fled into the woods. It had no effect.”

Both of a TASER’s two darts must hit the target before an electrical charge is delivered. Darts that strike too close together don’t cause the disruption of electrical signals to the muscles that cause the weapon’s disabling effect.

Engle said a search of the Jeep after Sandlin ran turned up a container with a quantity of methamphetamine between 2 and 4 grams, some syringes and ammunition.

Sandlin is still at large, but warrants have been issued charging him with failure to wear seat belts, no license plate, no insurance, first-degree fleeing and evading police, first-degree wanton endangerment, wanton endangerment of a police officer, operating a motor vehicle on a suspended license, firstdegree trafficking in more than two grams of methamphetamine, and possession of drug paraphernalia.

Sandlin is also wanted in Jefferson County after he failed to appear in court March 28 on drug and weapons charges.

He was released on personal recognizance September 5, but a warrant was issued September 15 when he failed to meet with pretrial services and did not appear in court. That warrant was later recalled, but court records show Sandlin missed several court appearances through March, when Jefferson District Judge Amber Wolf issued the most recent warrant for failure to appear.

The Letcher County Sheriff’s Office said Sandlin is considered armed and dangerous because of the previous concealed weapons charge, and the ammunition found in his vehicle following the pursuit.