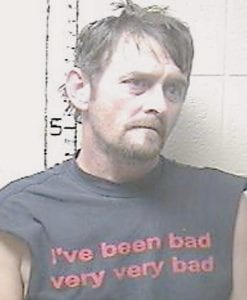 A preliminary hearing is set for 1 p.m. on Thursday for a Knott County man charged with making methamphetamine in the truck of his car.

Kentucky State Police and the Letcher County Sheriff ’s Department were on special patrol in Isom on Friday night when police saw a 2001 Chevrolet Cavalier traveling 83 miles per hour in a 55 miles per hour zone. Sheriff’s Lt. Brian Damron said Gibson’s car, which was heading toward Whitesburg on Highway 15, hit a median and came to a stop in the parking lot of the Isom Double Kwik.

KSP Trooper Michael Burton wrote in a citation that Gibson was clearly under the influence of alcohol or drugs.

“When I asked the accused to exit the vehicle he was unable to stand without holding the door to keep his balance and keep putting his hand in his right pants pocket,” wrote Burton.

Gibson remains in the Letcher County Jail where bond is set at $50,000 cash.