Chief Fields says woman had not seen the doctor she claimed to have seen in years, had not been tested

A woman accused of shoplifting from the Whitesburg Walmart falsely claimed she was sick and waiting for the results of a COVID-19 test as a way to avoid arrest, Whitesburg Police Chief Tyrone Fields said.
Fields said store employees detained Lily Blackburn on Tuesday night for shoplifting and called police. When Officer Jordan Clemons arrived, the employees told him that Blackburn had told them she had been running a high fever and was being tested for COVID-19.
Fields said Clemons made contact “from a distance” as trained, and had her leave the store after gathering her information, but Fields said several Walmart employees had closer contact with her.
Fields said with the help of Commonwealth’s Attorney Edison Banks, police obtained a subpoena today (Wednesday) to verify her information, and learned Blackburn had not seen the doctor she claimed she had in several years. Wednesday evening, Fields went to Blackburn’s residence and “after several false statements, she finally told the chief that in fact she had never been tested for COVID-19, that she did not want to go to jail and used those statements for a ‘get out of jail free card.”
Fields said charges will be sought against Blackburn for the stunt. He said she wasn’t arrested immediately because the department was following protocol during the pandemic.
“Anyone else that chooses to use this as a false statement, you will land here and in jail,” Fields wrote on the department’s Facebook page 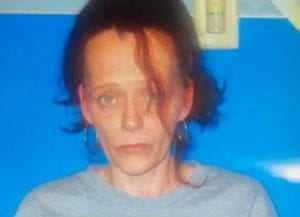 More From COVID-19 Go To The COVID-19 Section