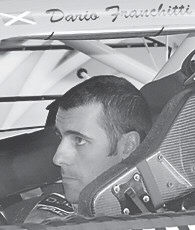 That it happened to Ganassi, a multi-car owner who just six weeks ago won the Indianapolis 500, was a wake-up call to every team owner not named Childress, Gibbs, Hendrick or Roush.

These are tough economic times, and the sagging market is finally affecting NASCAR in nearly every facet of the industry.

When the season opened at Daytona International Speedway in February, 53 cars attempted to make the race. On the return trip last weekend, only 45 cars showed up, six of which lacked full sponsorship and are operating on shoestring budgets. And there were huge swaths of empty seats in the grandstands for Saturday night’s main event.

It all coincided with the June car and truck sales reports, which forecast gloom and doom for NASCAR’s participating automakers.

General Motors Corporation reported an 18.2 percent drop in sales as Merrill Lynch downgraded GM shares to “underperform” while warning that bankruptcy is not out of the question. The analysis contributed to GM shares dropping to a 54-year low.

But the biggest danger, according to JPMorgan auto analyst Himanshu Patel, lies with Chrysler. Sales are down 22 percent, and Patel last week warned the automaker could be forced to file for bankruptcy protection or sell off parts of its business in the second half of 2009 if industry conditions don’t improve.

The automakers spend an estimated combined $500 million annually on their NASCAR programs – funds that could shrink, or even disappear, if conditions don’t improve. And deep-pocketed sponsors also are losing the budgets they once had to splash their logos on the front of a race car.

As more big businesses suffer, fewer sponsorship opportunities will exist. Scratch Starbucks off the list of potential new NASCAR money – on the same day Ganassi made his cuts, Starbucks said it will close 600 stores.

NASCAR chairman Brian France is adamant his familyowned business ebbs and flows with the economy, and points out that a little over a year ago, he was being questioned about an overly saturated market of heavily funded race teams in the premier Sprint Cup Series.

“Too many cars, too many well-funded teams – they’re going to be disappointed when they go home (fail to qualify). What are you going to do? Are you going to expand the field? Tell me what you are going to do,” France said, mimicking the questions he was asked a year ago.

“What we said then is true today: These run in cycles. We’re not immune to a difficult economy. We have had a number of renewals in the sponsorship areas … at very high rates, to teams that are performing well. We’ll always have teams that are not performing well that will be more challenged to keep sponsors, and that is amplified when we have a tight economy. It’s going to always run in cycles. We just continue to deliver value for the sponsors and the teams, and we will be OK.”

Not everyone is as confident that things will be OK.

Many are adamant the rich are getting richer, while everyone else is getting left behind.

Team owner Richard Childress has signed Caterpillar and General Mills to sponsor his cars next season, and he’s expected to soon land UPS, as well. All three companies are moving from less-successful teams, leaving Bill Davis Racing, Petty Enterprises and Michael Waltrip Racing scrambling to find financing – any kind of money at all It’s doubtful those teams will secure anything close to the $20 million or more in annual funding that the best teams attract.

Based on recent contract announcements, it seems only 24 cars currently have full sponsorship in place for the 2009 season. Some have massive budgets, others are settling for what they can get. In the meantime, many companies are finding that to stay in NASCAR, they must do so at a reduced price.

It’s created a situation where a sponsor might be shopping an $8 million to $10 million deal around the garage, determining just what it can get for the money.

For Roush-Fenway Racing, that price might buy a handful of races as a primary sponsor. But Davis, Waltrip or even Ganassi might sell a whole season at that price just to get some cash flowing into the organization.

So, which is the better deal? Does a company pay that money to a contender who will drive its logos to the front in five or six races? Or does the cash go to a 25th-place car for an entire season, unsure of how much television coverage the team will receive?

One solution is a move toward split sponsorship. Rick Hendrick signed Amp and the National Guard to share Dale Earnhardt Jr.’s car this season. But some have estimated that deal is bringing Hendrick upward of $30 million a year – cash the smaller teams won’t ever see.

That’s not likely to change as the competition gap grows. There were 15 teams in the top 20 in 1998; today, nine hold down those same spots. Through 18 races, cars from just six different organizations have won all the events, led by Joe Gibbs Racing’s seven victories.

France opposes a franchising model, which many car owners are clamoring for because it would secure their NASCAR investment. Under that plan, owners would pay a fee to secure a spot in the field and follow a model similar to other pro sports where teams share revenue. When an owner wants out, he has a franchise to sell and isn’t left with nothing the way Bobby Ginn was last year when sponsorship woes forced him to sell the operation to Dale Earnhardt Inc.

Because France won’t budge on that issue, perhaps it’s time to consider different strategic decisions that would bring down escalating operating costs while allowing slumping teams to rebuild themselves into a better value to potential sponsors.

But in maintaining the status quo during this economic crisis, NASCAR risks Ganassi being just the first owner to kill a race team.

And that’s not OK for anyone.