Powers was frequently in news 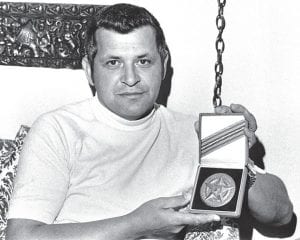 On April 16, 1970, Francis Gary Powers held the CIA’s coveted Intelligence Star for Valor medal he received as a result of surviving the May 1, 1960, U-2 spy plane crash, after which he was captured and later tried and convicted by the Soviets for espionage. Only a very few people have received the award. In 1998, Powers posthumously received the CIA’s Director’s Medal in addition to the Prisoner of War Medal, Distinguished Flying Cross and National Defense Service Medal. In 2012, Powers was posthumously awarded the Silver Star. (AP Photo)

Beginning with his capture after his Central Intelligence Agency U-2 Spy Plane was shot down by a missile over the Soviet Union on May 1, 1960, Letcher County native Francis Gary Powers became a frequent news maker, often in the spring. 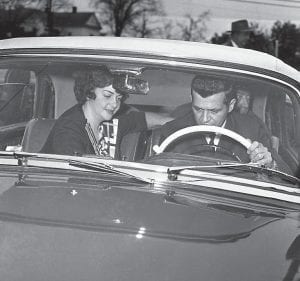 By March 1962, U-2 spy plane pilot and Letcher County native Francis Gary Powers was back home in the United States after being exchanged for Soviet KGB Colonel Vilyam Fisher in Berlin, Germany. After resting at the home of his parents in nearby Pound, Virginia, Powers and his wife, Barbara, were taken to a secret hideaway for a while before Barbara turned up at the home of her mother in Milledgeville, Georgia. The photo above taken March 14, 1962, shows the couple leaving for some privacy after a meeting which was arranged in Rome, Georgia, by Pepsi-Cola plant owner George E. Hunnicutt, a friend of Powers. (AP Photo)

The April 11, 1984 edition of The Mountain Eagle, for instance, carried the news that the Kentucky Historical Society had erected a marker near the Letcher County Courthouse in honor of the late Jenkins native, who died at age 48 in 1977 in a news helicopter crash in California. 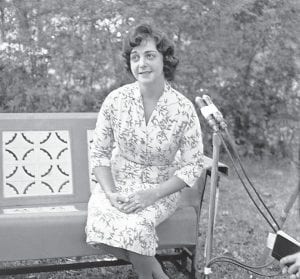 Barbara Powers, wife of U-2 pilot Francis Gary Powers who was shot down on May 1, 1960, over Russia, met with newsmen in Milledgeville, Georgia, on April 12, 1961 to voice her displeasure that her husband hadn’t been released, as reports had said he would be. She issued her statement after President Kennedy’s news conference at which he said he had no information regarding the release of Powers “I have been disappointed before when other rumors proved incorrect,” she said. Powers was eventually released by the Soviets and returned to the U.S. in March 1962, at which time he was debriefed by the CIA before being ordered to appear at a hearing before the U.S. Senate. 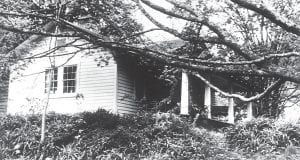 The Powers home in Pound, Va. Dismissing claims by some detractors that Powers erred by failing to activate the plane’s self-destruct mechanism before he parachuted to safety and for not killing himself with a CIA “suicide pill,” a U.S. Senate Committee determined in March 1962 that Powers behaved like “a fine young man under (such) dangerous circumstances.” (AP Photo) 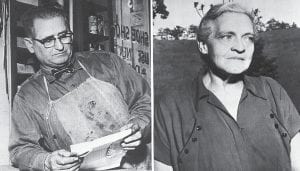 National photographers arrived in southwest Virginia on May 24, 1960 to photograph the parents of Francis Gary Powers, whom the Russians were holding as the pilot of the U-2 spy plane brought down over Soviet territory. The father, Oliver, was shown working in his shoe repair shop in nearby Norton. The mother posed in the front yard of their home in Pound. The Powers family lived in Jenkins before moving to Pound. (AP Photo)

Photos on this page show instances of Powers making the national news, mostly in April and May.