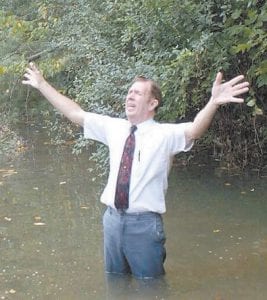 I was thinking the other day about Preacher Bill Craft. Our family came in contact with him when I was a young teenager. He started having church services around Letcher County in the early 70’s or so. Two of the places I remember us going to hear him were the Campbranch Chapel at the bottom of Sandlick Mountain and a building on Thornton across from a little grocery store. I think the building was an old school.

He was then and still is a “Come to Jesus” preacher. He later became the pastor at a little church on Millstone. That church was later torn down and another built in its place. He’s been there since.

I don’t know if there is a person that lives in Letcher County (and lots of surrounding counties too), who hasn’t shaken hands with Preacher Bill. He is always on the go visiting the hospitals, nursing homes, and preaching funerals for families in need. After a bout with colon cancer he thought he was going to have to step down, but he’s like the Energizer Bunny, he is still going. 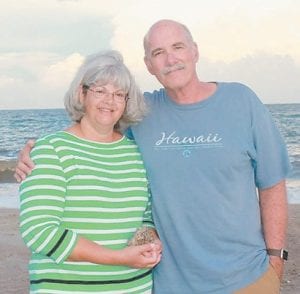 They had his 85th birthday celebration at Millstone Missionary Baptist this past Sunday along with their homecoming services. My sister Charlene took Mom and Mom really enjoyed herself.

There are quite a few birthdays this month at Letcher County Senior Citizens. They are June 1, Ted Adams; June 3, Rickey Fleming; June 8, Stoney Lucas; June 10, Lelah Dixon; June 19, Mary Blair; June 24, Carmen Brock; and June 28, Hiram Collins. Happy birthday to all of these.

My sister, Lucille Tacket Graves, and her husband John Graves are celebrating their 41st wedding anniversary this month, also. They have three children, Karen Beth Graves Barger, Philip Marshal Graves, and Lydia Graves. They have resided in Bristol, Va., for around 30 years or more. 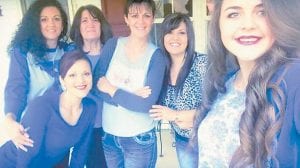 Lelah Dixon stands with Linda Sergent, Mariah Watts, Liz Ison, Joanna Pease, and Emily Ison. These are three of her four daughters. The one not pictured is Tina Gibson along with two of her granddaughters.

My only brother, Albert Tacket, and I were talking last week about how much he enjoys reading The Mountain Eagle. He lives in Randleman, N.C., and so doesn’t get it until Saturday. However, he said he stays on pins and needles about what I’m going to tell on my brother and sisters next, in particular him. He was really quick to remind me of something that had to do with Charlene.

He said the whole time he was reading the article telling of all our vegetable gardens, he kept anticipating the next paragraph would be one of the all time, favorite stories Daddy always liked to tell on Charlene. It went something like this.

After you have the garden turned with a tractor, (which we did about every other year or so by Carson Hall’s boy, Jim Hall) lots of rocks are turned up that would cause a tiller lots of problems if they weren’t gotten out. So, one day after Jim Hall had come down and turned the ground we were given the job of picking all the rocks up and putting them in the wheelbarrow.

After working for quite some time, Charlene asked “Daddy, how long we had to do that?” Daddy said, “Till the wheelbarrow won’t hold any more rocks, when you put one more in it falls out, that’s when you know you got the wheelbarrow full.” Well, Charlene being as smart as she is, began putting the rocks in a straight line all the way up the front of the wheelbarrow until she got one to fall off. She then yelled at Daddy and said, “One fell off!”

I heard one day last week Oma’s boy, Billy Hatton, had been cleaning his gutters out one evening and fell off the ladder. On the way down his head hit the spigot on the side of the house so hard that it broke the spigot off. He has a very severe concussion. I saw him today at the rec center and he said he had had a lot of pain with it. He and his wife Sandra wanted us to remember him in prayer.

Also, his rec center buddy Earle Bone is still having some serious back issues and needs our prayers. My uncle, Robert Wagner, now has shingles and other health problems and Mom’s sister, Linda Hall, still needs our prayers.

Our neighbor, Joyce Profitt Baker is having a lot of back pain even after having surgery, so please remember her and all these in your prayers.

As always please remember the families that have lost loved ones recently. One of our friends and church members, LeeAnna Hall Terry, lost her fatherin law last week. His name was James Terry. Always remember our pastor Bill Jones and his wife Sandy.

Oh how I miss reading Oma’s column, as I’m sure lots of you do. And every time I type this it reminds me so much of her, please remember to be in church somewhere this Sunday. I also say, if your church has services Sunday night or throughout the week, God expects you to be there then, too.