Preserves, biscuits are at heart of company 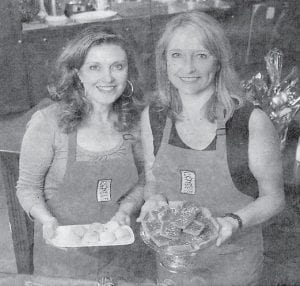 A woman with Letcher County ties is the subject of a recent feature in The
Greenville News
in Greenville, S.C.

Paula Kavolus, daughter of Billie DeSimone of McRoberts and the late Willie DeSimone, and her partner, Jill Bondura, own and operate Nine Sons Rising, a specialty foods business. The company — named because the women have nine sons between them — makes four types of preserves, dessert toppings, and five varieties of biscuits sold in three states.

The business began with Kavolus’s mother-in-law’s 150-year-old recipe for peach preserves in 2004 and grew from there.

The Greenville News
says, “Both women worked before having kids — Bondura as a tax lawyer and Kavolus as a dental hygienist — which helped with the research aspects of business. They read everything they could and didn’t hesitate to ask for advice from others who had started small specialty product businesses.” The women say they have been fortunate in not having had to borrow money for their business.