Preview of county’s newest ‘hang out’ 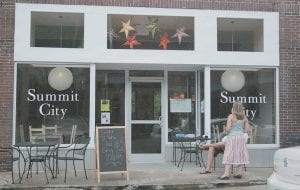 Summit City, a new coffee shop and concert venue in Whitesburg, was open temporarilty over the weekend to host its first two concerts – an appearance by folk artist Si Kahn and an acoustic performance by Los Angeles-based rockers Gravy. Summit City proprieter Joel Beverly says he opened the business in part to give Letcher County residents a place to “hang out” and get to know each other. 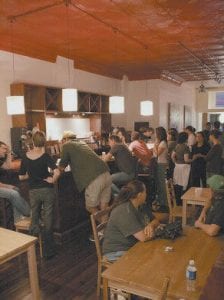 Summit City plans to serve alcohol in the future, but patrons on Saturday were content with sipping on fresh coffee and water. 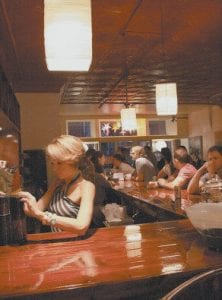 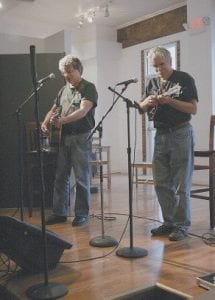 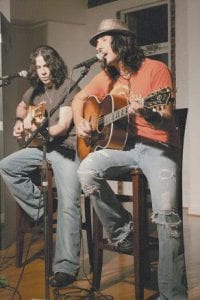 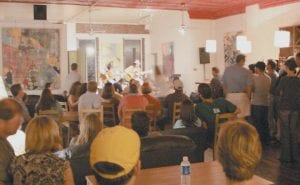 This photo was taken near the entrance while Gravy performed.