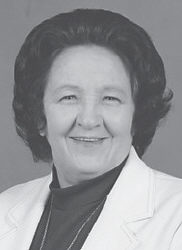 Prina Howell Biggerstaff, 89, of Whitesburg, died July 17 at her residence.

She was reared by her grandparents, the late Spencer and Rachel Adams, after her parents died.

Mrs. Biggerstaff was a member of the First Baptist Church in Whitesburg.

She was preceded in death by her husband, Ray Biggerstaff and a daughter, Leslie Sue Biggerstaff.

Services were held July 20 at the First Baptist Church in Whitesburg. Burial was in the Green Acres Cemetery at Ermine. Everidge Funeral Home had charge of arrangements.