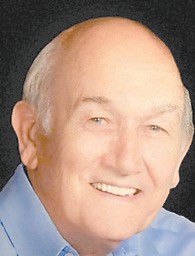 Billy G. Whitaker, 84, passed away on May 9 at his home in Hutchinson, Kansas, surrounded by his family.

Born in Whitesburg, he was a son of the late H.B. and Mattie Caudill Whitaker, and was the father of the late Kevin Whitaker.

Mr. Whitaker was graduated from Memorial High School and attended Texas A&M. In 1954 he enlisted in the United States Air Force and was honorably discharged in 1959.

After 30 years in the food industry, he was retired from Tyson as a plant manager.

Mr. Whitaker was preceded in death by two sisters, Ila and Kathy, and three brothers, Clarence, Arnold and Shelby.

A private family graveside service was held May 14 at Memorial Park Cemetery. Memorial contributions in lieu of flowers may be made in Bill Whitaker’s name to Hospice of Reno County, 2020 N. Waldron, Suite 100, Hutchinson, Kansas 67502, 620-665-2473.