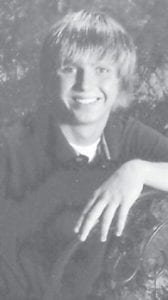 Joshua S. Proffitt is the winner of the spring 2011 Meryl Brown Scholarship given by the Whitesburg Rotary Club. He is the son of Barry and Stephanie Proffitt of Isom, and was graduated from Letcher County Central High School in 2009, first in his class. He was the class valedictorian and earned a 4.5 grade point average.

While in high school, he was a member of the PRIDE Club and was captain of the basketball team, playing all four years as well as playing on the tennis team of which he was also captain. He played on All-District and All-Region basketball teams as a senior, and his team was the district champion.

Proffitt attends Alice Lloyd College where he is a sophomore and an intramural team captain. He will major in biology and after earning a bachelor’s degree, he plans to attend the University of Kentucky Medical School to become a doctor. He would like to then return to eastern Kentucky.