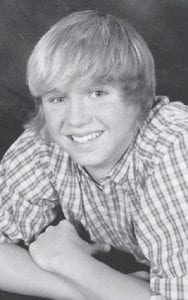 Josh Proffitt, a junior at Letcher County Central High School, will participate in the USA Junior Nationals International Sports Festival in Columbus, Ohio, July 21-27. He received an invitation to play at the sports festival after competing in the USA Junior Nationals allstate high school basketball competition at Midway College. He is the son of Barry and Stephanie Proffitt.

Profitt is also on the LCCHS tennis team, and is an honor student and a member of the National Society of High School Scholars. The U.S. Achievement Academy has chosen him to appear in its yearbook.