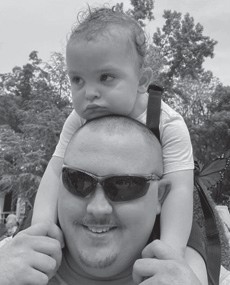 Our middle son and his wife, Mark and Heather, had their 12th wedding anniversary this past week. I hope they had a good day together.

Jeff Vice of Flemingsburg stopped by this past week. He was staying on Kingdom Come and doing some work over there. Weedeating and mowing their place takes up a lot of time.

Laura Harris of Lexington was in over a week ago to visit her parents, Ramona and Bob Caudill of Little Cowan. I didn’t get a chance to see Laura on this trip. There’s always the next visit. 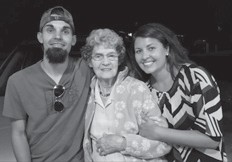 Dorothy Tacket Pennington with two of her grandchildren, A.J. Tacket and Ashley Tacket Ellis. Ashley Ellis will have a birthday on the 19th.

Michael Campbell of Newport came in for the weekend. Michael visited his dad, John Campbell, of Little Cowan and his grandpa, Glen Brown of Whitesburg. It was good to see Michael and to spend some time with him.

We had surprise company over the weekend. Our oldest son Greg and his friend Erica Gump came in. Greg had just bought a Corvette and drove it in. It was great seeing them and spending time together. I do enjoy having the sons come in.

On Saturday night we went out of dinner to The Pine Mountain Grill. It was fun and we laughed a lot. Those attending were John Campbell, Michael Campbell, Greg Wenning, Erica Gump, Mike Wenning, and Martha Wenning. Afterwards we had a couple rousing games of Diamonds.

We walked into the restaurant at the same time as Doris Caudill, Laura Bates, and Emily. It’s always good to see family when you go out.

Mike, Greg, Erica, and I went to Pikeville to the Pikeville Overlook on Sunday. The event center looks real nice. We also went to Rural King and ate at Fazoli’s.

My former co-worker, Vickie Wampler, and her birthday daughter Autumn Wampler. She celebrated on the 17th.

Laura Caudill Bates has retired after 30 years as a Highrisk Sonographer/ Xray Technician. Her last day was Tuesday, August 17, 2021. Enjoy your retirement, Laura.

Millie Banks of Little Cowan visited her son and daughter-in-law, Jamie and Julie Banks, of Flemingsburg. She was there to celebrate her granddaughter Myra’s third birthday on August 8. Millie’s great-granddaughter Reese came home with Millie to spend the week. They had a fun week. Millie and David’s granddaughter, Hannah Tackett, came in for the weekend. Hannah and Reese went home on Sunday.

Mike and I did spend a day with John and Dianna. We went to Wise, Virginia, and did some shopping and ate while there. It was nice spending time with family and friends. 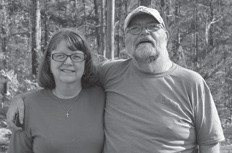 Vera Gibson and her late brother Charlie Engle. Vera Gibson’s birthday will be on the 19th.

I usually start my column on Sunday evening and finish it on Monday morning. That didn’t happen this week. CAT decided sitting on my keyboard to groom was the thing to do. I finally got CAT off the keyboard and the computer closed, but CAT continued to groom himself while on the computer. I know CAT doesn’t like to have attention taken from him but he should know the computer is off-limits to him. I still can’t print from my laptop as I don’t know what CAT did when he walked across the keys. He’s still my favorite cat.

I do have additional August birthdays:

This week’s quote is attributed to Immanuel Kant: “He who is cruel to animals becomes hard also in his dealings with men. We can judge the heart of a man by his treatment of animals.” 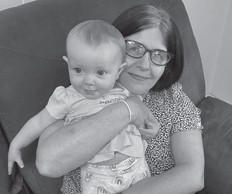 Iva Isaac will have a birthday on the 18th. She is shown here with her granddaughter Evie Grace Isaac

If you have any news, please email CowanNews@aol.com. Thank you.

Have a good week and wear a mask. It asked various questions about her parents, childhood memories, schooling, and marriage. It was so special just to get to hear Mom read through this and comment on so much of it. I noticed my brother shedding a few tears here and yonder as she read it. One question asked was whether or not she had ever argued or gotten mad with any of her siblings. She then told this story:

Once she was ironing her brother Palmer’s pants. Palmer and some of her other brothers were sitting there eating popcorn and getting it all over the floor. She must have been the one that had to clean the floor, because this made her so mad and she couldn’t think of anything else to do but to take those clean pants and rub them in the dirty floor.

She said the brothers just looked at one another and one of them said, “Now see there what you made her do.” She said the bad part of it was though, that she was the one that had to rewash and iron Palmer’s pants. 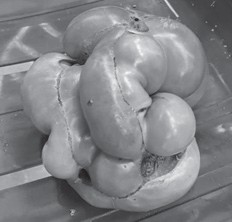 One of Charlene Tacket Mason’s homegrown tomatoes; she called this one “Hemorrhoid”.

I will treasure these evenings with my brother and my mommy forever. I’m glad I’m writing this column if for no other reason than to have a place where I can go back and read things about my daddy and mommy.

Thank God, our squash and cucumbers are starting to slow down in the garden. Next year when my husband says one pack of each is not enough, I’m going to insist it is. My good friends Billy and Sandra Cook Hatton came by Mom’s and picked up some beans and squash. Sandra noticed all the blooms still on the squash and asked me if I had ever tried frying them. I told her no. She said their son is a chef at the Toyota plant in Georgetown and shared the recipe for them.

Well, before I went home I went out to pick some to try it. I knew they had lots of bees working them and was watching out for them. Well, one must have been buried deep down in there because when I pulled it off the stem, it stung me right through the blossom. My thumb is still swollen and numb. I might like them a whole lot better if that hadn’t happened, but from now on, I will just leave that to the professionals.

When I was telling my sister Delores about frying squash blossoms, she said, “But don’t that take the squash ‘cause that’s where they form?” I just looked at her like she was crazy and asked, “Do you want any more squash?”

Just a few birthdays to mention this week, Autumn Wampler had a birthday on the 17th, Iva Isaac on the 18th, Amy Cook Combs, Billy Hatton, Vera Gibson, and Ashley Tacket Ellis will have birthdays on the 19th. Jodi McAuley Back and Marissa Webb on the 20th, Kimmie Fields on the 22nd, Charles Yonts, Kyle Smith, Laura Caudill Bates, and Makayla June Brock will celebrate on the 23rd.

Until they tell us we can’t have church services in person anymore, I will be attending in person with my mask on. I just don’t get as much out of the service online as I do in person. Our attendance on Sunday mornings is spread out enough that we can social distance. So many of our members haven’t come back since COVID started in 2020. It breaks my heart and I know it has to break all the pastors’ hearts, too.

When my sister Charlene posted a picture of her tomato on Facebook, Preacher Bill Craft’s granddaughter had this to say about Mommy’s comment on it. Mommy said, “He didn’t know which way to turn.” Celesta said. “Kind of like us without the Lord. We turn, flip, shuffle, trying to find our place, but it eludes us until we turn to God.” Very well said, Celesta.