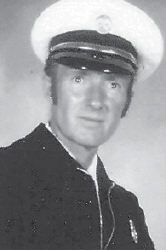 Born in Whitesburg, he was the son of Litten Garrett and Ova Mae Garrett West. He retired from the former Inland Division of General Motors in Dayton, Ohio, in 1979 and also the City of Moraine Fire Department where he was a captain. He then moved to Sweetwater, Tenn. In 1997 he moved to Jacksonville, Fla.