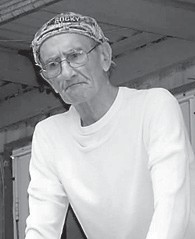 A son of the late Howard and Opal Madden Bailey, he was the widower of Ada Lee McClain Bailey. He was also preceded in death by four brothers, Jesse, Earl, Earnest, and Roscoe, and four sisters, Lindy, Lula Bell, Liza Jean, and Matilda.

Funeral services took place May 26 at Letcher Funeral Home. Burial was in the Green Acres Cemetery at Ermine.