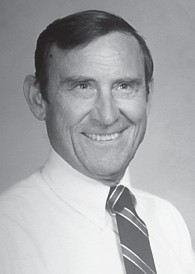 Voted ‘Most Likely to Succeed’ by the Whitesburg High School Senior class of 1950, Mr. Harris emphasized the importance of education throughout his life. He was graduated from the University of Kentucky in 1955 with a bachelor of science in electrical engineering and was a licensed professional engineer.

He completed advanced coursework in engineering at the University of Virginia in Charlottesville, Va., and worked for Sperry Gyroscope in Great Neck, N.Y.; Sperry Marine Division in Charlottesville, Va.; The Magnavox Company in Fort Wayne, Ind.; and Texas Instruments (TI) in Dallas, Tex. He retired from TI in 1991.

He was a member of the Christian Church, Disciples of Christ.

Funeral services will be held at the United Disciples Christian Church in Richardson, Tex., at 2 p.m., on Sept. 14.