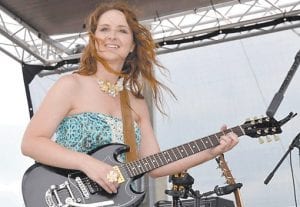 Tired of watching underground coal miners being treated as “villains” by some, Reagan Boggs decided it was time to put together a new song to honor those who earn their living by performing one of the world’s most dangerous jobs.

Boggs, a native of Pound, Virginia and daughter of a coal trucker, said she wasn’t trying to “be anything close to political” when she wrote and recorded “Thank You (Miner’s Song).” Rather, she said, she just wants people to know that lost in much of today’s debate about coal’s effect on the environment is all the hard work miners do in helping to meet the nation’s demand for electricity.

“It’s gotten so bad, it seems like, in the last few years,” Boggs said of the negative images in which working miners are now being portrayed by some who want to abandon the use of coal as a source of electricity. According to the U.S. Energy Information Center, 45 percent of the electricity generated in America in 2010 was fueled by coal, more than double the amount of power generated by burning natural gas or from nuclear reactors. 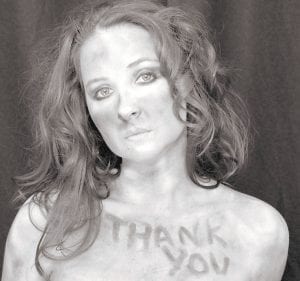 “The thing that bothered me most was the seeming lack of appreciation, or maybe just the lack of understanding” of the work of underground miners, said Boggs. “I didn’t write it necessarily (to be) pro-coal. I wrote it about having some appreciation for the men that work so hard in such difficult environments — what it means and has meant to our country and will for lifetimes. I wonder sometimes how much of our population, our youth, understands how our lives would be if these men weren’t making the sacrifices they do so we can have electricity and more.”

Boggs, a country-rock musician who began receiving national acclaim after the release of her 2006 album Never Looking Behind, will perform her new song in Whitesburg next week when she co-headlines a show at Summit City with Velvet Truckstop of Asheville, N.C. The Coal Men, a highly regarded band from Nashville, will serve as Boggs’ stage band.

Not only has writing and recording “ Thank You ( Miner’s Song)” allowed Boggs to pay homage to many of the people she knew growing up in Pound’s Bowser Hollow, it has also helped her rejuvenate a music career that had been on hiatus for more than two years.

In late 2008, Boggs was touring California in support of her thennew album Right Now, her second to receive favorable reviews nationally, when she began to feel unusually tired. Even though she had just achieved a lifelong goal of touring California to play her music she had little energy left after performing each show.

“I thought, here I am in L.A. and playing in all these cute little towns and driving up the coast and all I want to do is sleep,” she said. “At that point I wasn’t really excited about it.”

After the bout of fatigue advanced to being “definitely sick,” Boggs learned that she was pregnant with her first child, son Parker who turned two on July 19. Other than writing a song for the newborn shortly after he was born, Boggs decided to let music go for a while and devote her attention to being a mother.

Before long, she found herself angered by some of the things she was hearing said about coal miners (“They act like they’re villains,” as she put it) and decided that somebody needed “to write a song to show appreciation for what all those people do.”

The resulting song “Thank You” quickly led to 13 other compilations and a few trips to Nashville to record a new album that is being produced by Eric Fritsch, who is known for his work with rock star Sheryl Crow among others. The album also boasts contributions from members of The Coal Men and other top Nashville musicians,

Lyrics to ‘Thank You (Miner’s Song’ by Reagan Boggs

Chorus: There’s a man with calloused hands Who is loading that black rock Risks his life for me to have all I’ve got Nothing‘s glamorous about wearing that ole coal dust But he does what he has to do And I thank you

Chorus: Bridge: We can light the night Cause he’s there in the dark TVs blaring cell phones charged He’s the reason for my job Puts the steel in my car I sit here in the central air He’s out there . . . .and I thank you

In addition to working on the new album, Boggs recently performed to a crowd of more than 155,000 when she sang the “Star Spangled Banner” before the Irwin Tools Sprint Cup race at Bristol Motor Speedway on August 27. She has also been informed that “Thank You” will be the theme song for the reality television program “Coal” if the show, which aired on Spike TV earlier this year, is picked up for a new season.

“I’m really excited about it,” Boggs said of her recent work. “The love of it’s back. Maybe the break did me some good.”

When Boggs takes the stage at Summit City on September 23, it will mark a return to the town where she began taking formal guitar lessons at age 15.

Dennis Whitt, who began tutoring Boggs on how to play the guitar while he was working at Hometown Music in Whitesburg in 1995, remembers her as a “very talented” singer and songwriter who he thought had the chance to make it big in the music business.

“I thought she was good way back then and that was many years ago,” Whitt said earlier this week, adding that he is surprised more people haven’t caught onto how good Boggs really is.

“I thought she would have been bigger by now,” he said.

In addition to taking the break because of her pregnancy, Boggs admits that the footprint she has left on the national scene has been lessoned somewhat by her fear of not having the safety net of another job to depend on for income.

“I’m a dreamer, but I’ve never been one of those people who takes risks without a safety net,” said Boggs. “I play music, but with a full-time job.”

After being graduated from Mountain Empire College in Big Stone Gap, Va., Boggs took a job with the Penn-Virginia Corp. in the company’s oil and gas division in Duffield, Va., where she commuted to work each day from Pound until the company relocated its offices to Kingsport, Tenn. At the company’s behest, Boggs was ready to relocate to Houston about a year ago before landing a job in information technology with Alpha Natural Resources Inc. at its corporate offices in Abingdon, Va.

Boggs said she inherited her musical talents from her parents, both of whom could sing and play instruments. Her father loved the traditional country music of Johnny Cash and Johnny Horton and the country rock of Linda Ronstadt while her mother loved the music of The Beatles and The Rolling Stones.

Since her home did not have access to cable television for much of her younger life, Boggs, who got her first guitar at age 6, said she spent much of her spare time listening to her parents’ album collection or harmonizing with them when they weren’t fighting over her dad’s problems with alcohol on songs such as “Cathy’s Clown” by The Everly Brothers or something by bluegrass stalwarts The Seldom Scene, whose hit “Wait a Minute” (written by Herb Pedersen) she covered on Right Now.

Boggs, who said she was “very backward” and “very shy” and as a teenager, credits her mother for recognizing that she had the talent to sing and play guitar professionally and for then entering her into talent contests that would pave the way to a singing career that began with performances at Marlowe’s in Pikeville.

“She made sure I’d be given the opportunity in spite of Dad in a lot of ways,” Boggs said of her mother, adding that when they returned from out-of-town talent shows her father “would be mad and she’d be up all night fighting with him. He drank and they fought like cats and dogs.”

Boggs said it was only after her mother left her father, who later died of alcohol-related problems at age 51, that she was able to begin proper voice and guitar lessons.

After her stint at Marlowe’s ended, Boggs joined the gospel group The Sammons Family as a guitar player, then led her own blues band in Kingsport before trying her luck in Nashville, which resulted in the resulted in the release of Never Looking Behind in 2006, an Americana/alternative country album which featured covers of Son Volt’s “Tear Stained Eye” and the June Carter-Johnny Cash duet “Jackson.” The album also features guest appearances by dobro player/ guitarist Al Perkins of the Flying Burrito Brothers and bluegrass musician Stuart Duncan, who has toured with former Dire Straits leader Mark Knopfler and Emmylou Harris and former Led Zeppelin singer Robert Plant and Alison Krauss.

Never Looking Behind was actually the second album released by Boggs if you include the 1996 teen release Somewhere in the Middle, which she now dismisses as “sounding like Cher on steroids” as the result of vocal lessons she took in Harlan County.

Velvet Truckstop, who will share the bill with Boggs in Whitesburg next week, is a southern rock band formed in Asheville in 2008. The group’s second album, which is nearing its release date, is being produced and engineered by Johnny Sandlin, who also does work for the Allman Brothers Band and Widespread Panic.