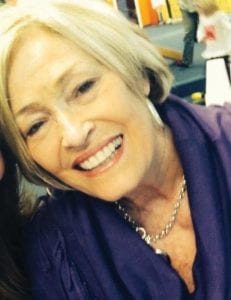 Amburgey, who had served continuously on the city council since being elected to her first term in 1998, also served as the administrator of Mountain Comprehensive Health Corporation’s Whitesburg Medical Clinic until her illness forced her to retire in 2018.

She was born August 23, 1950 to William “Bill” and Jenny Terrill. Bill Terrill was employed with Beth-Elkhorn Coal Corporation in the Division Shops. He also served several terms as mayor of Jenkins. Amburgey was the oldest of three children and attended Jenkins Independent Schools from elementary school through high school. She graduated in 1968 and attended Eastern Kentucky University.

After leaving EKU, she worked at the Jenkins Clinic Hospital in the medical office and married David Myers, who came to Letcher County from Bethlehem, Pennsylvania to work as a forester with Beth-Elkhorn. The couple moved to Bethlehem and were later divorced, after which Amburgey returned to Letcher County and began working with Jenkins Clinic again. In 1981, she was hired to work at MCHC, where she held several positions before finally rising to the position of clinic administrator. She was reelected to a new term on the Jenkins council in November.

Son Shane Myers of Louisville, his wife Lindsey Cross Myers, and their children, Logan and Mela, daughter Courtney Meyers of Columbus, Ohio, and a brother, Johnny Terrill, who lives in Florida, survive Amburgey. Her brother Stanley Terrill preceded her in death.

She married to Greg Amburgey of Whitesburg in 2010. He died in December 2017.