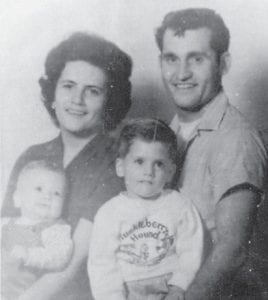 Hello everyone. I hope everything is going well for all of you.

It’s been cold the last few days, and when I saw the redbud trees were blooming, I knew redbud winter was on the way.

The temperatures got close to 90 degrees, but now we are back in our jackets again. We will survive.

A lady in our church, Judy Fields, has been making pumpkin rolls to sell so she can fly to New York to see her son, Tim Hooper, before he leaves for Iraq again. I don’t know how many times he has gone. The last I heard she had sold 78. She sure makes the best ones I’ve ever had. That was a great thing for her to do.

I think he leaves in July, but she has to get her ticket early. We wish her luck!

I got a letter from Jim Cornett. He asked about a picture of his mom, the late Thelma Hughes, with a man in uniform and a man named Frazier McGee in it. He wanted to know if he was one of the Marlowe boys. He may have been a relative of the Marlowe family. There was a man, Luther McGee, who lived across from the M.K. Marlowe’s home. Luther’s wife was Martha, and she was a sister to Lula Marlowe, the wife of M.K., and Bertha Vincent, Nora Myers, wife of Mitt Myers, and Rose Nickles, who everyone called ‘Mrs. Rose.’ 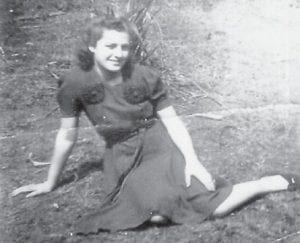 This 1950 photo shows the late Etta Hatton. She was the wife of the late Henry Hatton.

I was very young then, and can’t remember the McGee children’s names.

I didn’t know that the late Eli Lucas was your great-grandfather. I would love to see his pay stub from 1929 (the year before I was born). I’m sure it was a big ‘payday.’

Jim, I have never planned on publishing a Marlowe photo album. I have put enough in The Eagle
that folks could make their own. Lots of folks tell me they cut them out. I get lots of comments on the pictures.

Aggie Hatton and I went to Cram Creek Church and saw their Easter play. It was great. They had really worked hard on it. I won’t try to mention all of the names of the ones who put it together. I know that Chuck Howard’s wife was one of them.

We are looking forward to a revival at our church, the Pentecostal Faith Tabernacle at Whitco. Rev. Jimmy Jewell is our evangelist. He’s been here before and he is a great preacher.

I was sorry to hear of the death of Dorothy Joyce Niece. She was the wife of Bud Niece, who is the brother of Aggie Hatton, Carfa Niece and Chester Lee Niece. Her funeral was held at Frank Creek Church of Cumberland. She had been so sick for a long time. Our sympathy goes out to all the family.

I ran into Frieda Brown Campbell and her mother, Fern Brown, at Walmart on Saturday. It was good seeing them. It had been a long time since I had seen them.

Frieda had been going to school. She got her master’s in counseling. She hopes she can go to work for Hospice.

I was also sorry to hear of the death of another one of our Marlowe boys, Johnny Taulbee of Brodhead. He was the son of the late Lucy and John Taulbee. It hasn’t been long since his brother, Tommy Taulbee, died. He lived in Ohio and used to call me.

I went to the Ermine Center on Friday, and again I was the only one there. They were all gone to Colson Center. That’s what I get for not going often and keeping up with things.

Emma Lou Engle, if you come here in May, call me, and I’ll try to make it a point to see you.

Christine Fields, I’m like you, I don’t know when we will get to be on a jury. I can hardly remember to call. Maybe we can see each other before long.

We had some visitors at Sunday School, Bro. and Sis Freeman, of Alabama. We were glad to have them.

I just heard that Joyce Caudill of Perry County had died. She was the mother of Bro. Larry David Caudill, the pastor of Whitesburg Holiness Church at Van. I had known her for many years. Our sympathy goes out to all of her family.

We are expecting our sister, Judy Green of Frankfort, on Sunday, and our brother, Hillard Howard of Florida, is here now. It will be good to get everyone together.

May God bless all of you. Try to be in the church of your choice this week.