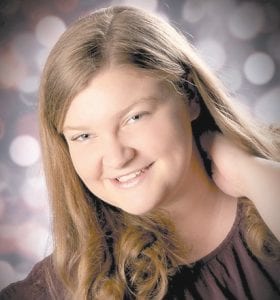 How beautiful the last few days have been, and then Old Man Winter decides he has to be smart and play a trick on us. Oh well as I’ve said before, it can snow in April.

After some debating and a lot of enticing pictures of the redbud trees that were in bloom in the mountains I call home, once again my heart and feet took over my thinking. I was a little leery of leaving as the local forecast of this area was predicting bad weather.

Vicki Power and I left her house at eight in the morning, and at twelve we were pulling into the Parkway Inn Motel. Every mile the tensions of everyday life slipped away and the smallest bit of color of spring started to renew my spirit. The same with Vicki.

Somewhere, and I don’t recall exactly a huge portion, of the sky turned the darkest gray, no rain just darkness ahead. I wouldn’t say anything to Vicki as I was sort of scared. Something dawned on me that has never before, all at once I realized I was responsible for someone’s life in my car. I know that sounds stupid. I drove for several miles not a drop of rain, then the darkness slipped to another portion of the sky.

When we got towards the Mountain Parkway there were a few scattered redbuds along the way. Vicki was so thrilled. I knew the beauty was waiting for us to see. However I wasn’t prepared, it was as if I had never seen redbuds blooming in the spring.

There were several dogwoods that were in bloom to add to the splendor, I said to Vicki, there’s a Bluegrass song that is says, Will Heaven be like Kentucky?

I could write a complete column or two on the enjoyment of this trip. Vicki has traveled with me three times now, this is the first time she has ever seen the birth of spring.

The closer we got to Whitesburg, the more beautiful the scenery. The traffic was light, and it is a good thing because I was so busy looking at the scenery that I would ease on the rumble strip.

After we arrived at the motel we rested a few minutes, Vicki turned the television on and of all things my soaps operas were on, much to my delight. I started laughing and asked Vicki if she was hungry. I knew it had been very early since she had eaten and I hadn’t eaten anything thing.

I said, “Shut that TV off and let’s go get something to eat.” Since I am limited on what I can digest, this becomes a problem for me.

We went to the place at Isom, but there was remodeling, no place to sit. The only good thing I did get to see Cuma Jean for a few minutes.

We went to Wendy’s as I can get a baked potato. Afterwards I drove through town, and while there, I stopped by The Mountain Eagle to get a copy of last week’s paper for someone

I love to spend a few minutes with Pam, as she always brightens my day. Pam asked me if I still remember the advice she gave me the first time she met me, as she laughed and she told Vicki that she advised me not to flirt with guys with a tattoo or truck drivers.

What Pam doesn’t know is that on our return home traffic was so bad when we got into northern Kentucky I said to Vicki that if I thought it would help I would raise my shirt and flash a truck driver, so he would let me over in front of him as my lane was ending. It wouldn’t do any good, as they would need a magnifying glass. Plus I wear a clip on my shirt. Now quit your laughing, I did say it, no I wouldn’t do it.

In reality I did wait until I could get in front of a big truck to turn my signal on, and yes they were very considerate.

Friday after Vicki and I came back to the motel my niece Sue Hall stopped by with Austin, Kaya, and Izzy, for a little while. Vicki and I rested a little and it was time to head for Campbell’s Branch Community Center.

I was in for a surprise as Betty Whitaker and Fran- ces Smelko were there also. Betty and I danced a couple of times.

Even more of a surprise when my sister-in-law Wanda Mike Hall came to see me. Wanda and I tried to talk a little but my feet were swollen so we left a little before the dance was over.

Saturday morning found me not feeling very good, yet I didn’t want to drive that far and stay cooped up in the motel room. Sue had asked me to come to her house or at least go get something to eat.

Vicki and I went to Antique Alley to see Libby Smith. I was going to stop by Delana’s and headed back towards Whitesburg. Then I took Vicki on a true mountain ride as I drove up Pratt Fork, across to Mill Branch then through Roxana, up through Smoot Creek back to Whitesburg.

Sometime late in the afternoon Vicki and I decided to go to McDonald’s. Just before leaving McDonald’s I called Sue, who wasn’t home. Sue, Austin, Kaya and Izzy were going to a Mexican restaurant to eat. I said we had just finished but Vicki and I did meet Sue there.

I have never been inside a Mexican restaurant in my life. Sazon Mexican Restaurant is located behind Subway. I must say that if I could digest food, I sure would have tried what Sue ordered. It was the steak, and was covered with fried onions, along with rice and refried beans.

Austin got a steak sandwich that was large and looked so good, with delicious looking French fries.

The young woman I talked to was beautiful. She told me she had come from Harlan, as they own a restaurant there.

Anyone that likes Mexican food, and reads my column, please support this business.

As I drove through Whitesburg I passed the corner where there used to be a creamy whip place. I explained to Vicki that I had walked past there many of a time with my mouth watering as other people were enjoying a cone.

I never had a penny to buy one, but every once in a while my cousin Marcella Young would be with me and get me a cone.

Finally the time arrived for us to meet Sue and the girls at the motel to go to the Carcassonne Community Square dance. I laughed and told Vicki I was really too tired to dance.

Since there was an event before the dance, Marcia was short of help in the kitchen so I volunteered to help.

Anyone who goes to the community center on Friday and Saturday night, you aren’t going to leave hungry. Marcia had made spaghetti with meat sauce and garlic bread and salad. I knew better than to even smell the spaghetti sauce much less eat it, but I did give in to a piece of garlic bread.

Mike Caudill had some skin cancer removed, and wasn’t able to dance. There was a new couple who had never been there and never danced before. Mike asked me to dance with a new guy to help him, while Will Bowling, the caller, danced with the guy’s wife.

I was sort afraid, as I didn’t want to do something wrong. After a few minutes I relaxed. There was several times that I got so dizzy I thought I was going to have to sit down, but I just held my partner’s hand real tight and kept on dancing.

The garlic bread started biting me back, and I remembered I had a couple of antacid pills in my pocket. I popped them in my mouth and kept on dancing.

Actually I danced five square dances, although I did sit out the Virginia reel.

I asked Shawn if sometime he could play an old Bill Monroe tune called Uncle Pen. He said he would play it the last song, Mike announced it was for the kids.

Well this old kid danced with Kaya and Izzy, and then I asked the square dance caller to dance. I was going to drag him kicking and screaming, just kidding.

Will was nice enough to dance a little with me. Will and his wife Maggie are such great people. Marcia was so busy that she didn’t get to dance but a little.

Mike and Marcia’s son Matthew and his wife Tabitha were at the dance along with their son. It was good great to see them. I was invited to their house a few years ago for Thanksgiving. Matt invited me again.

My two special 13-yearold square dancers couldn’t make it Saturday night, as they had their first ball game of the season.,They were missed very much, even Maggie asked about them and bragged about how quick they picked up the dance.

I guess people think I am a little crazy for driving a round trip of almost 500 miles and more by the time I do running around to go listen to music. That is my only outlet, and as long as they will put up with me at Campbell’s Branch and Carcassonne Community Center, and I am able to drive, guess I will just keep going.

While we were square dancing something happened and it made me laugh so hard I almost messed the set up.

Last month at a square dance at Oxford Community Center a woman literally crushed my right foot. Then a couple of weeks later when I went to Carcassonne square dance in a tight call, some guy stepped on the same foot.

Well so help me, in the same call, the same guy stepped on the same foot again. I said, “Oh no, not again.” Of course he apologized, and we were laughing so hard, still dancing.

I few minutes later in another call where I am so short, I was trying to reach up, and I stepped on my own right foot.

Believe me when I say it was very painful. The guy said I am sorry. I laughed through tears in my eyes, and told him that he didn’t do it; I stepped on my own foot.

At 2 a.m. Sunday morning, the piece of garlic bread decided to make a gallbladder attack come on. I was very sick for quite a few hours, and finally Vicki and I headed for home.

I did get to call Phyllis Caudill to check on her brother Steve Stamper.

I haven’t talked to Johnny or Ann Calihan, or Les and Pat Wagner. I hope they are all doing all right.