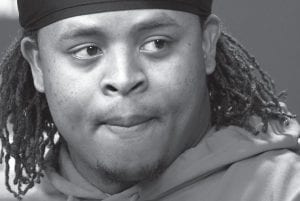 A look at the best-of-five National

the Cincinnati Reds and
Philadelphia Phillies: 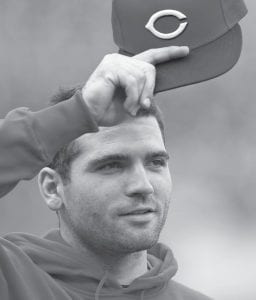 Philadelphia finished June with a miserable series in Cincinnati. The Reds took two of three, and the Phillies lost half their starting infield to injury. Utley hurt his right thumb while sliding and Polanco was sidelined by a sore left elbow. … The Phillies swept a tight-as-could-be four-game series in Philadelphia heading into the All-Star break, winning by scores of 4-3, 9-7, 1-0 and 1-0. The first three games went to extra innings, the first time in Phillies history that they won three straight that way. It was the first time they won back-to-back 1-0 games since 1913. Philadelphia’s pitchers threw 21 straight scoreless innings during that series. … Four of the seven games in their season series went extra innings, with the Phillies winning all four. … Wood will be in the bullpen even though he pitched eight perfect innings in Philadelphia on July 10. Cincinnati manager Dusty Baker doesn’t want to put too much pressure on the rookie initially. … Arroyo is the only Reds starter who has playoff experience. Pitching for Boston from 2003-05, he made two starts and eight relief appearances. … Philadelphia’s 97 wins led the majors for the first time in franchise history. … The Phillies were 21-7 in September. … The Phillies are the third NL team to reach the postseason four straight years. … Halladay is 1-1 with a 2.84 ERA in four career starts against the Reds. … Oswalt is 23-3 with a 2.81 ERA in 34 appearances (32 starts) against the Reds. … Hamels is 6-0 with a 1.07 ERA in seven starts against Cincinnati, including 3-0 with a 1.67 ERA in four starts at Great American Ball Park. … Pitching carried the Phillies to a 5-2 record against the Reds. The team batted just .230 and scored 30 runs in those seven games.

Reds: Champions of the NL Central, the Reds are making their first playoff appearance since 1995, when they lost to Atlanta in the NL championship series under manager Davey Johnson. They went through three owners, five general managers and seven managers before finally making it back. … The Reds went 91-71, the first time they reached the 90-win mark since 1999, when they lost a one-game tiebreaker to the Mets for the NL wild card. … Baker is the second manager to take three NL teams to the playoff s, joining Bill McKechnie. Baker also went with the Giants and Cubs and has four division titles as a manager. … Baker is the ninth manager to lead three different franchises to the playoffs overall, joining McKechnie, Johnson, Tony La Russa, Jim Leyland, Billy Martin, Lou Piniella, Joe Torre and Dick Williams. … Baker did some of his best work this season, handling a lineup full of young players still trying to figure things out. Stubbs struggled and lost his leadoff spot early, Bruce was on a home run drought the first half of the season, and rookies Wood and RHP Mike Leake steadied the rotation. … The starting pitching was slow to come around, leaving the Reds a season-high five games out on May 4. They pulled within three games of defending champion St. Louis on May 10, and the two teams were never separated by more than that until Aug. 19. The Reds pulled away by going 19-8 in August, opening a seven-game lead that essentially secured the title. … The Reds made the playoffs by beating up on bad teams. They were 61-30 against teams with losing records, 30-41 against clubs that were .500 or better. … Votto led the NL in slugging percentage at .600, finished second in batting at .324, third in homers with 37, and third with 113 RBIs, making him a leading MVP contender.

Phillies:
Coming off their fourth straight NL East title, the Phillies (97-65) are trying to become the first NL team to win three consecutive pennants since the St. Louis Cardinals did it from 1942-44. Charlie Manuel’s team overcame a seven-game deficit on July 22 by going 49-19. … Injuries decimated the Phillies early, forcing six of the eight regulars to spend time on the disabled list. An off ense that featured four hitters with 30 homers last year had only one this season. Howard led the team with 31 homers, far below his average of 49.5 over the previous four seasons. … The starting rotation is the best in the majors. With an extra day between games in the first round, the Phillies are going with their three aces in the series because each can pitch on normal rest.