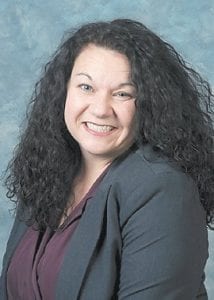 Whew! What a first week!

I was sworn in as your state representative on Tuesday, January 5, 2017, and by the very next day I was voting in committee on some of the most radical legislation in this state’s history. It didn’t stop there. Through a series of emergency bills — enacted at a breakneck speed, with the Kentucky General Assembly staying in session through late Saturday evening — a total of seven new bills are now law.

As promised, I fought hard during this first week of the 2017 session and did what I could to protect the interests of Kentucky’s working families against wealthy special interest groups.

There was a movie made several years ago called Backdraft about firefighters in Chicago. Anyone who has seen the film remembers the moment that gave the movie its name – fire exploding through an open door, endangering everyone in its path.

Looking back on the first week of the 2017 Regular Session of the Kentucky General Assembly, I couldn’t help but think of backdraft as a metaphor for the push-back this new majority in Frankfort will surely receive for its treatment of working families during this session’s first week.

Like a fire before a backdraft, working men and women were kept behind closed doors, unable to air their concerns regarding efforts to enact “right to work for less” legislation, the repeal of prevailing wage, and labor membership encroachment. Pipe fitters, miners, steel workers and other trades people shouted outside committee room doors, prevented by guards from entering to air their economic concerns. In one instance, a group called Americans for Prosperity held a committee room for a breakfast meeting and stayed so that they took up every seat and workers couldn’t get inside for the committee meeting.

These hardworking men and women returned a few days later, giving up their Saturday to protest those same bills on the fast track to final passage, but were locked out again, this time from the galleries of the House and Senate where the public is usually welcome in “the people’s branch of government.”

Never before has the public been denied the opportunity for input or debate to this extent without regard for the deliberative democracy Americans have always been proud to exercise. The anti-worker agenda sped through with questionable parliamentary procedures despite our best efforts to slow down the process long enough to let the people be heard during the legislative process.

Studies show that when “right to work” legislation is passed, states experience lower wages for their workers, a decline in workplace safety records, less per capita spending on education, and less health insurance coverage.

Finally, the legislature passed the so-called paycheck protection act which requires workers to re-elect each year to have their union dues deducted from their paychecks. This is nothing the workers asked for, and which its sponsor admitted was not an actual “emergency.” Nevertheless, it passed like lightning through the process and further weakened unions. The top one percent wins again.

I stood and told my fellow members of the General Assembly that I would gladly “take my roots, and the workers’ boots over their suits any day.” I will stand by that pledge until the fight is won.

Regardless of how you personally feel about this type of legislation, the process used should disturb everyone.

I believe the people of Letcher and Pike counties voted for me in part because they knew I would stand up to my party when it is the right thing to do, like when we need to protect the rights of the unborn. That is why, as a pro-life Democrat, I voted ‘yes’ on two bills designed to further protect the lives of unborn Kentuckians. One bill will now require an ultrasound before an abortion, and another bans abortions after 20 weeks. These new laws take steps to ensure a woman, in a very important time, is offered full information about the procedure she is considering.

However, as I expressed in committee, I have serious concerns about the haste in which these bills were enacted without being fully vetted. I was required to vote on the ultrasound bill one day after being placed on the Judiciary Committee which, for some reason, hears such bills dealing with health and welfare. I was permitted to ask only one question and one follow-up question – neither of which was fully answered – before I was required to vote. As a lawyer, I know that there are problems with both bills. Both of these pieces of legislation carry emergency clauses, meaning they will become law as soon as they reach the governor’s desk. Laws like these have been ruled unconstitutional before, and may well be ruled so again at enormous cost to taxpayers forced to pay the legal bills when the constitutionality of these bills are called into question.

I am also concerned about the absence of legislative language that would provide exceptions in cases of rape or incest, or if the life of the mother were in danger.

Despite these concerns, I voted for both measures because I believe that is what I was sent to Frankfort to do. I just wish this important issue had been given the time it deserved.

U of L Board

In another blind rush, Senate Bill 12 cleared the General Assembly, attempting to fix a situation Governor Bevin himself created when he re-arranged the board of trustees for the University of Louisville. It’s a fix that has many questionable outcomes that may do the university more harm than good. In fact the university could even lose its accreditation and millions of federal student financial aid and research grants. This would also lessen the value of a degree from U of L. This could eventually cause accreditation problems for every public college and university in the state, including prohibiting those colleges from participating in NCAA sports.

As I argued on the House floor, “I’m a UK Wildcats fan and there’s nothing we like better than to beat U of L, but not like this.”

These bills were passed and rushed to the governor’s desk for his signature after a highly unusual Saturday session which served no purpose when there are 25 days left in this year’s session and cost the taxpayers as much as $70,000.

I voted with the majority on legislation opening up details of legislators’ pensions to the public. I also co-sponsored some legislation involving adventure tourism and proposed a resolution about regulation of coal. I can’t wait to tell you all about them in my next column. Stay tuned!

Please let me know what you think needs to be done to improve the lives of working people by calling the legislative hotline toll-free at 1-800-372-7181 and leaving me a message. You can also reach me at angie.hatton@ lrcky.gov. You can also follow me on Facebook and Twitter.

We’ll be in recess until February 7, when we will reconvene in Frankfort. I will enjoy returning to my district in Letcher and Pike counties in the meantime to get your ideas on how we can move Kentucky in the right direction after these profound changes. Please know that I am truly honored to serve as your representative and will continue to fight for what matters to the people of the 94th House District.

Angie Hatton of Little Dry Fork is a first-term member of the Kentucky General Assembly, serving as state representative for the 94th District, which includes all of Letcher County and a portion of Pike County.