Republicans say Appalachia belongs to them in fall election 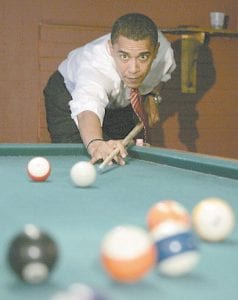 In the heart of Appalachia, some Republicans are rubbing their hands in gleeful anticipation of Barack Obama winning the Democratic Party’s presidential nomination.

Trounced by rival Hillary Rodham Clinton in primaries this month in West Virginia and Kentucky, Obama also faces trouble in the Appalachian counties of key Electoral College states like Pennsylvania and Ohio, these Republicans say.

"It would be smart for Obama to make a cursory appearance or two in West Virginia and Kentucky and then concentrate on places where he actually has support," West Virginia Republican Party Chairman Dr. Doug McKinney said.

Republicans here and elsewhere are planning on an Obama nomination, although that isn’t certain: Clinton has vowed to fight on through the end of the primaries and possibly beyond. But even if Obama does become the Democrats’ candidate, the party says he won’t write off Appalachia.

"The Republicans under Bush were, unfortunately, able to get a lot of votes up and down the Appalachian spine in 2000 and 2004," West Virginia Democratic Party Chairman Nick Casey said.

Casey believes the Republicans were able to do that by appealing to voters on issues like gun control, which is deeply unpopular throughout Appalachia. He sees the Republicans trying the same strategy this year, noting presumptive Republican nominee John McCain’s visit to a St. Albans gun store this month.

But Casey thinks issues like the economy, health care and the war in Iraq are voters’ foremost concerns this year.

The Appalachian region extends from New York State to Mississippi, including largely rural and white parts of 13 states. After Clinton defeated Obama by huge margins in West Virginia and Kentucky, some political analysts began questioning whether the Illinois senator has an "Appalachian problem."

Even if Clinton wins the nomination, he argues, she’ll find it hard to win over voters in the central and southern parts of the region.

"I don’t see it being a bigger problem for Obama than for other Democratic candidates," he said. "Any Democrat is going to have a tough time winning West Virginia and Kentucky."

Ardoin, though, sees a possible advantage for Democrats if McCain has a hard time motivating social conservatives to vote in November.

"The issue is mobilizing your base, and think about the challenges John McCain has doing that," he said. "John McCain is not a hardcore conservative."

The idea that West Virginia, with its five electoral votes, could see more attention in an election year than fellow Appalachian state New York, with 31, may seem absurd.

But the votes of many large states – such as New York, California, Texas – are easy to predict, meaning candidates are devoting more time to the small number of states still considered in play.

"We can basically say now how 35 to 40 states will vote in November," West Virginia Wesleyan College political scientist Robert Rupp said. "I don’t want to say West Virginia has been spoiled, but it’s gotten so much attention in the last two presidential elections because it was seen as a swing state."

If Democrats and Republicans continue to see it that way, Rupp said, the general election this year could see smaller Appalachian states like Kentucky and West Virginia play an outsize role, along with larger Appalachian neighbors like Ohio and Pennsylvania.