Restructuring was a must for Petty 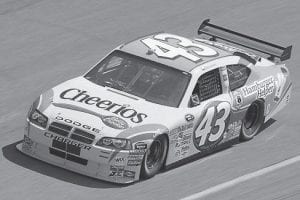 I write frequently about the high expenses and economic demands on today’s professional race teams, and now point to Petty Enterprises as another prime example of how the face of motorsports is changing forever.

Founded in 1949 in Level Cross, N.C., the late Lee Petty formed Petty Enterprises and turned it into the most successful organization in NASCAR with 268 race wins, including nine Daytona 500s (one with Lee, one with Pete Hamilton and seven with son Richard). Add 10 Cup series championships and the Petty family persona to the mix, and we end up with the most recognized team in North American motorsports. Today, “King Richard” continues to be a highly sought-after brand ambassador, and his son Kyle is also a most prominent figure.

However, all of this wasn’t enough to keep the team afloat. Outside help was needed.

Petty Enterprises, looking for a win in the worst way, recently announced a partnership with Boston Ventures, a leading middle-market private equity firm that invests in entertainment, media and communications sectors. The infusion of cash will allow Petty Enterprises to grow significantly and continue to invest in additional personnel, equipment, technology and testing.

In addition to introducing new CEO David Zucker and a major investment by Boston Ventures, Petty Enterprises also extended its contract with former NASCAR Sprint Cup champion Bobby Labonte, and will integrate the operations of Petty Enterprises and the Richard Petty Driving Experience into the overall new formula.

Zucker has more than 20 years experience in CEO and general manager roles in the sports, media, entertainment and technology fields, most recently the CEO of Midway Games, Inc. He also spent 11 years with the Walt Disney Company, including eight years at ESPN, where he helped expand its motorsports strategy. Richard Petty will hold the title of chairman emeritus and will continue to be actively involved in the business.

“This is an emotional decision for our family, for my dad, my mother, for me, for my sisters, for the grandkids, for all of us,” said Kyle. “We have labored over this decision for a long time, but it’s absolutely the right decision. And not just for our family, but (also) for the 152 families that depend on Petty Enterprises. … The investment by Boston Ventures will secure the future of Petty Enterprises for many generations.”

Bobby Labonte, the 2000 Sprint Cup Series champion, who had been rumored to be going to Childress Racing, signed a four-year extension to remain the driver of the famed No. 43 Petty Enterprises Dodge. The new contract reinforces Labonte’s commitment to Petty Enterprises and its future growth.

“I have known all along this is where I want to finish my racing career,” said Labonte. “The future is very bright for Petty Enterprises. As we continue to develop and learn from this new car, we will increase our testing and engineering support. The investment from Boston Ventures will allow us to compete on the same level as the bigger Sprint Cup teams.”