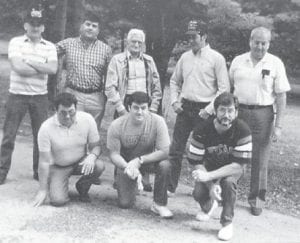 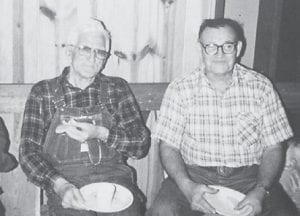 The late Bill Howard and Willard Maggard are pictured at Cowan Community Center in 1984.